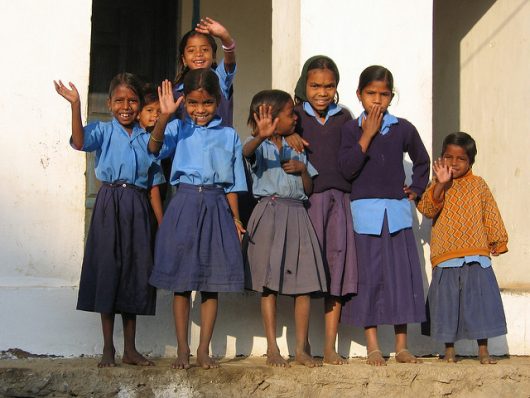 Literacy in India is distributed unevenly, and in the rural places where it is absent, it has continued to perpetuate poverty. Thirty-six percent of the world’s illiterate live in India, and one in five people were considered poor in 2016.

Room to Read is a program dedicated to using education as a weapon against that imbalance. It launched in 2003 in India and is now the most successful program among the 10 countries where it operates. By encouraging active reading habits and setting a goal to have all girls finish secondary school, literacy in India is improving immensely with the program’s help.

Students involved with the Room to Read Literacy Program read three times as fast as students in nearby schools, and of the 2014 graduates from the Girl’s Education Program, 84 percent went on to pursue post-secondary degrees.

Forty-seven percent of girls in India marry before the age of 18, and therefore do not pursue education. Young marriage perpetuates poverty, as the young women must provide for a family with limited opportunities. Today, female literacy in India is up to nearly 63 percent compared to 45 percent in 2000, and poverty is declining along with it.

For its humanitarian successes, Room to Read was given a Skoll Award for Social Entrepreneurship in 2006. This distinction represents the proven impact of an organization and grants it $1.25 million in support.

The sustainable model of Room to Read works largely with local governments to create a model of education that can be recreated and instated across developing countries even after the organization’s direct involvement has expired.

So far, the state governments of Uttarakhand and Chhattisgarh have been the most impressed in India, and have asked Room to Read to implement its educational system in the states for five years. What began as 360 schools in 2015 grew into 1,000 by 2016, and the three million children reached in India so far is expected to grow to a total of four million.

Putting that in the perspective of a campaign in its 14th active year, it is no surprise that Room to Read has benefited 11.5 million children globally, with its campaign in India ranking the most successful. Poverty will continue to become rare as literacy in India becomes the norm.

Hunger in Finland Healthcare System in Bangladesh: Improvements Despite Poverty
Scroll to top