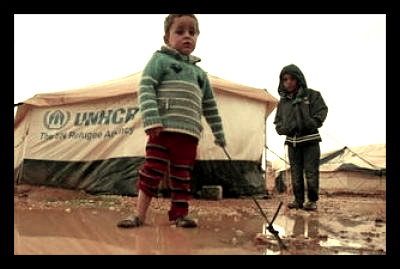 Syria has been engaged in a civil war ever since 2011.  As different rebel groups continue to clash against the authoritative and repressive regime of President Bashar al-Assad, over 130,000 people have died.  Furthermore, over 9.3 million people are in need of humanitarian assistance, 6.5 million Syrians have been internally displaced from their homes while an additional 2.3 million Syrians have fled to neighboring countries.

Relief reception areas and displacement camps are set up inside Turkey, Iraq and Jordan, though refugees are also fleeing to Lebanon and Egypt.  It is clear that the magnitude of this crisis is beyond the financial capacity of Syria’s neighbors.  So how is the rest of the international community contributing?

The United States government has been the single largest contributor of humanitarian aid, providing more than $1.3 billion to Syria and its neighbors.  The European Union has also pledged more than $800 million while the U.K., Germany and Kuwait comprise the remaining top five donors contributing $670 million, $415 million and $333 million respectively.

Aid is distributed through dozens of different implementing channels with the largest coordinator of aid being the United Nations through its Office for the Coordination of Humanitarian Affairs.  The UN has 15 different organizations on the ground in Syria including World Health Organization, World Food Program, UN Children’s Fund (UNICEF) and the UN Refugee Agency (UNHCR).  There are also 18 registered international NGO’s including Action Against Hunger, Danish Refugee Council, Oxfam and SOS international.

These organizations provide food to almost 3.4 million people in the form of rations and flour delivered to households and bakeries.  Drinking water, sanitation services and shelter materials are also being distributed to refugee camps throughout the region.  Relief programs are furthermore providing medical supplies and emergency and basic health care in attempt to counter the loss caused by damaged hospitals and medical facilities.  The health sector of the relief effort has provided about 5.9 million people with health care and medical supplies.

The UN Syrian Humanitarian Assistance Response Plan requested $1.4 billion in 2013.  As a result, nations were able to contribute approximately 74% of the requested amount.  Moreover, in December of 2013, the UN announced that aid agencies needed nearly $13 billion for humanitarian relief operations in 2014.  This includes $6.5 billion just for the Syrian conflict, $2.3 billion of which will go to aid people within Syria while the remaining $4.2 billion will be allocated for Syria’s five neighboring countries.

As the world powers continue to search for diplomatic solutions to end the civil war, the humanitarian crisis will undoubtedly extend well beyond the duration of the conflict.