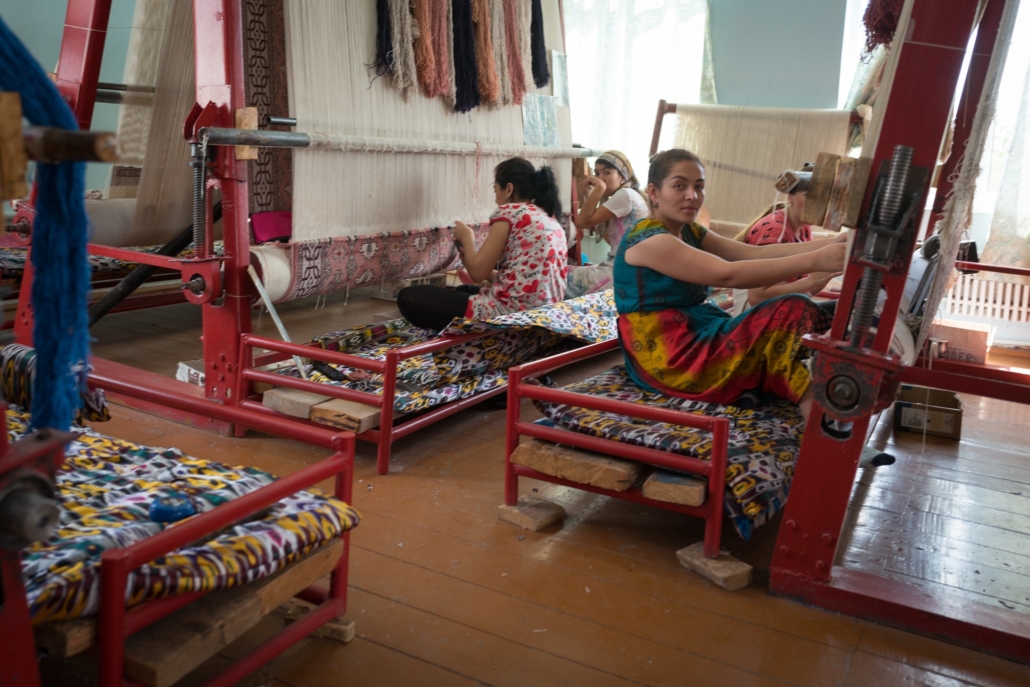 On February 26, 2020, Uzbek Assembly Officials and Chonburi Provincial Police rescued four Uzbek women in Pattaya, Thailand. The women were victims of a human trafficking scam, traveling under assumptions of better pay and work. Traffickers held them captive in a condominium in south Pattaya doing undisclosed labor. Sadly, human trafficking in Uzbekistan is not new. In fact, 600,000 new migrant workers enter the Uzbek labor force each year, looking to take advantage of the opportunities within central Asia. Many workers are vulnerable to anonymous traffickers who have access to making high profits from construction, agriculture and entertainment industries, and can easily exploit environments where governments do not act upon human rights violations. In many aspects, workers’ rights and human trafficking indefinitely interlink, and looking at places like Uzbekistan can shed light on how to go about changing the playing field.

Shavkat Mirziyoyev is the current Uzbek president-elect since September 8, 2016.  Mirziyoyev has made considerable progress on advocating for human rights following the death of former president Islam Karimov, but still has a lot of work to do. Since 2017, Uzbekistan is currently on the U.S. Department of State’s Tier 2 watch list, failing to decrease cases of severe trafficking and lacking evidence of government efforts to implement prosecutions, investigations and convictions on trafficking crimes; this is mostly because the country itself is guilty of violating human rights.

Both government officials and privately owned businesses have forced Uzbek employees from the public sector to work on cotton fields, threatening them with job-related consequences while making a profit from their free labor. Around half of the respondents from an online survey that the Uzbek Forum conducted claimed they could not refuse the demands of employers or government officials. The survey consisted of employees from banks, government administrations, police and medical/educational personnel.

Cotton has historically been a viable cash crop for the Uzbek government, providing close to $1 billion per harvest season, historically demanding Uzbek farmers meet high quotas for company distribution. Mirziyoyev has refuted these circumstances, claiming his plan to reduce forced labor is by mainly exporting fiber and focusing more on mechanized harvesting. The U.S. Embassy in Uzbekistan reported that in 2017, president Mirziyoyev incorporated international NGOs to track potential traffickers and laborers, and through wide-reaching campaigns and production monitoring, the number of people being forced to work the fall harvest has fallen each year. However, the demand for cotton has not ceased, and it found that reports of forced labor were increasing within the Uzbek subdivisions of Syrdarya, Surkhandarya, Khorezm and Tashkent in 2019.

Even with legislative power, the need for cotton was still prominent, and corrupt government officials still threatened public sector employees to work. S&P Global reports that near the end of 2019, President Mirziyoyev proclaimed “Instead of using forced labor, I’d prefer not to have the cotton. Let it stay in the fields.”

In March 2020, President Mirziyoyev abolished the state-set cotton quota as a plan to incentivize representatives to double down on cotton production, therefore reducing the need for forced labor. In late September, The Ministry of Agriculture announced that Uzbek cotton-picking wages increased from $60 per ton in 2019 to $90 per ton in 2020. Monitoring has also played in Mirzoyev’s favor since late 2019, with the International Labour Organization (ILO) successfully recording 1,282 cases of forced labor, which has been assisting Uzbekistan since 2013.

Today, the ILO is an integrated third-party monitoring agency in Uzbekistan, working with its own training, methodology and monitoring tactics. Elena Urlaeva, a human rights activist and monitor for the ILO, says Uzbekistan has given the organization badges to access cases without question, and due to the new legislation that President Mirziyoyev signed on January 2020, “we have also recently introduced criminalization of forced labor, which we hope will serve as an effective deterrent.” However, the country lost an estimated  670,000 migrant jobs due to COVID-19, and the need for voluntary labor overruled the new legislation.

Human Trafficking in Uzbekistan and the Internet

On the local level, the internet has given a platform for migrants to find work easily but also allows traffickers to facelessly trap their victims online. The IOM UN Migration, an intergovernmental organization, reported that “We’ve noticed a sharp increase in this phenomenon of online trafficking in the past two years, and it’s high time that we fought back, also online.” The organization worked within the Uzbek region to further its campaigns online, workshopping through social media to safely spread the word of working fraud online.

Coincidentally on August 19, 2020, within the midst of COVID-19, the UNODC (United Nations Office on Drugs and Crime), hosted an online awareness campaign, promoting younger kids in Uzbekistan to send in “the best video, article, fine art, photo and essay on the subject of “Youth against human trafficking!” produced by young people of Uzbekistan.” There were thousands of submissions and the event occurred in an auditorium with panels of kids participating and learning through Zoom.

President Mirziyoyev seeks to keep helping victims by pushing laws that help rehabilitate trafficked victims and using his legislation to uphold human rights, but even though trafficking numbers have fallen, Uzbek Parliament reveals that traffickers’ selling of newborns has risen by 43% in 2020. As a result, the fight to eliminate human trafficking in Uzbekistan continues.