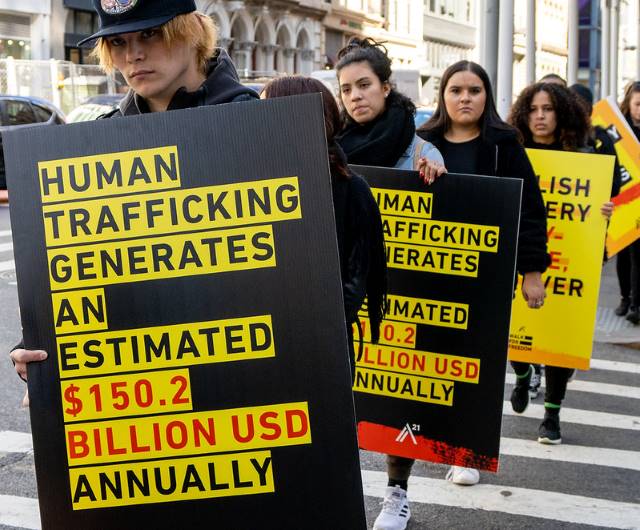 The Republic of Poland, located within central Europe, is one of the many European countries that human trafficking has affected. Human trafficking is a complex global issue that is extremely difficult to eliminate as it is often invisible and difficult for authorities to track. In Poland, children and women are common targets for traffickers. Victims often come from low-income areas and have little legal protection, making it easier for traffickers to transport victims to and from Poland. In order to eliminate human trafficking in Poland, the country must address underlying issues, such as poverty.

Poverty has a significant connection to trafficking. As of 2020, approximately 5% of Polish citizens were living in a state of extreme poverty. Individuals and families who live in extreme poverty are the most susceptible to becoming victims of human trafficking in Poland. They are often desperate for additional sources of income and traffickers often take advantage of this desperation. Traffickers frequently make false promises in order to lure in these vulnerable groups, such as saying they have a place of work for them that pays a substantial amount of money.

Economic disparities due to the COVID-19 pandemic have significantly impacted Poland. The Polish unemployment rate average was approximately 6% from 2020 to 2021, reflecting a large increase from Poland’s average unemployment rate of 3.2% prior to the COVID-19 pandemic in 2019. Due to the fact that human trafficking is invisible and underreported, the exact numbers of global victims are difficult to determine. However, estimates have indicated that there are 109,216 trafficking victims globally. The COVID-19 pandemic may have influenced underreporting due to a lack of access to resources to inform the reports.

Additionally, the economic desperation of the COVID-19 pandemic has indirectly influenced an increase in the dangers of human trafficking. Traffickers are more likely to put their victims in more dangerous and violent situations so they can make a profit. Additionally, the fact that lockdowns have confined families to the home has made it difficult for people to notice and report potential cases of abuse and trafficking. As a result, victims are more vulnerable than before as lockdowns have made it easier for traffickers to veil their already hidden crimes.

The Polish government has actively taken measures to reduce human trafficking in Poland in recent years. This has involved passing laws that criminalize human trafficking as well as implementing various strategies that act against trafficking. Examples of such strategies include applying more effort to identify victims and traffickers and providing more in-depth training to authorities so that they can learn the signs of trafficking. Additionally, the Polish government has implemented national anti-trafficking projects countrywide. These projects aim to educate vulnerable individuals, especially Polish children, on the signs of human trafficking and what to do if they enter a threatening situation.