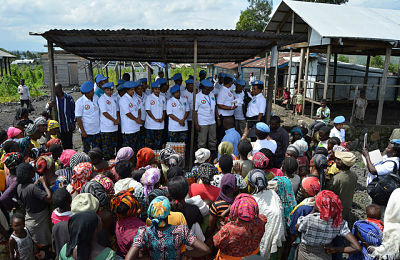 While the statistics paint an exceedingly grim picture, organizations such as Women for Women are working relentlessly to improve human rights in the Congo and improve the living conditions of assault victims and at-risk women. Women in the Democratic Republic of the Congo who participate in the Women for Women program report higher confidence in their ability to make decisions about their bodies and families, earn a higher living wage and are more likely to report their assaults to an appropriate body of authority.

However, the real issue here is not that women do not know how to handle sexual assault, it is that men–especially those in positions of relative power–systemically carry out sexual assaults. It is paramount that the Democratic Republic of the Congo, the U.N. and every other organization and government body working to improve human rights in the Congo, gets one fact straight: women do not need to be taught how to live in fear, men need to be taught that sexual assault is abhorrent and those who choose to commit such unspeakable acts will be held accountable and punished accordingly.

What Is a Unilateral Trade Agreement?Eight Facts About Water Quality in Panama
Scroll to top