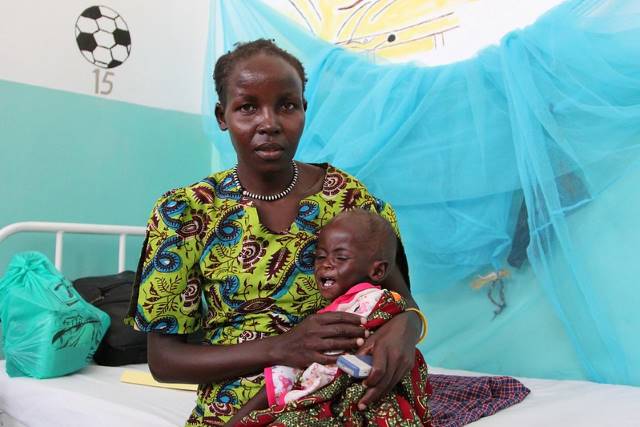 Breastfeeding is the most effective way to maximize infant health and provide the best possible start in life for babies, showing that the common phrase ‘breast is best’ rings true. Not only is breast milk the ideal food for infants but it is also the number one way to ensure their health and survival. Human milk banks allow infants access to neccesary breast milk.

Why Breast is Best

Breast milk provides all the vitamins and nutrients a baby needs during the first months of its life, including important antibodies that can help fight many deadly childhood diseases like acute respiratory infections and diarrhea. Additionally, the preparation of breast milk does not require access to clean water or sanitation (unlike formula) and is cost-free and widely accessible for parents. The World Health Organization (WHO) recommends exclusive breastfeeding for the first six months of life and continued supplementation until 2 years of age. All the benefits of breastfeeding pay off as children who are breastfed have more than six times the chance at surviving than non-breastfed children. They often score higher on intelligence tests, maintain healthier weights and get sick less. In fact, successful breastfeeding of children aged 0-2 has the potential to prevent 13% of all childhood deaths under 5 years old in countries experiencing extreme poverty.

Trouble breastfeeding can be due to a wide range of problems, like cleft palate, low milk supply, trouble latching, malnutrition, disease or lack of support and counseling before, during and after pregnancy. In Kenya, 362 mothers die for every 100,000 live births, leaving many babies without easy access to breastmilk. When infants do not receive the nutrients they need, it is hard for them to survive and thrive.

Human milk banks provide safe and lifesaving breast milk to babies who are unable to nurse from their own mothers. Generous donors provide the breast milk. The donors are screened, the donations are processed and pasteurized, and then, the lifesaving breast milk is redistributed to help babies in need. Children in this category include prematurely born infants, orphans or cases where a mother is unable to provide breast milk. This effective system makes sure that babies safely can get milk that will help them reach their potential. WHO recommends that in cases where babies are unable to nurse from their mothers, donor milk can be utilized, indicating that donated breast milk is safe and effective for babies who need it.

The Technical Working Group decided on Pumwani Maternity Hospital as the first to provide Kenya with a breast milk bank. This hospital is innovative in terms of neonatal care, promoting skin-to-skin (Kangaroo Mother Care) contact, and providing breastfeeding education to parents. In Kenya, the rate of acceptance for breastfeeding is low. One concern with this project was whether mothers would consider breast milk donation an option. Luckily, researchers from PATH have reported that locals are warming up to the idea of the bank, which bodes well for the future of the program.

As of October 2019, the Pumwani Maternity Hospital reported delivering lifesaving breast milk from over 400 donors to 75 infants, a marked success. As a result, the Ministry of Health (MOH) included a recommendation for donated human breast milk to Kenya’s newborn care guidelines. Annually, donor milk has the potential to save the lives of hundreds of thousands of babies. Although there is still a long way to go to achieve widespread access to breast milk for all infants, Pumwani Maternity Hospital is a great example of what can be accomplished with human breast milk banks.