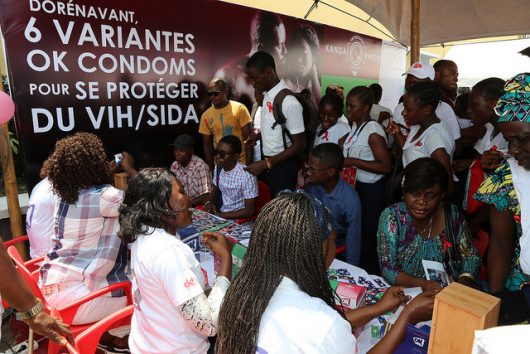 HIV/AIDS
The poor in Congo experience extreme circumstances. The coastal African nation is affected by the HIV/AIDS virus, with 3.5 percent of the population having the disease. Other diseases plague the population as well, mostly due to poor sanitation and unclean drinking water.

Hunger
Though there are many more problems impacting Congo, none are as well known as the issue of hunger. Around 47 percent of the Congolese population lives below the national poverty line. This means most of the country struggles to provide proper nutrition to their families, especially if unassisted by food aid programs.

However, with food aid programs tackling the problem of hunger around the globe, more Congolese have access to nutritious foods.

Influential Organizations
One such organization is the World Food Programme (WFP). Each year, the WFP helps to reduce hunger in about 80 different countries around the world. As the organization explains, there are over 5,000 trucks, 70 planes and 20 ships delivering food rations “on any given day” to people affected by hunger worldwide.

As for Congo, WFP is there providing school meals, refugee food assistance and even giving specialized foods to people living with HIV/TB.For John and Jane Q. Every person asking how to help people in Congo, WFP is always open to donations, which can be found in the top right corner of their site. WFP also hosts volunteers and has career opportunities for anyone seeking to go a little further with their assistance to the people of Congo. Volunteering is open to anyone aged 18 and over and can be applied for on their website as well, under the “Get Involved” tab.

Another promising organization is amfAR. This organization focuses on research and is dedicated to discovering a cure for the HIV/AIDS virus, investing $480 million in research as well as providing some 3,300 grants to research teams.

As mentioned above, AIDS is a devastating factor in the lives of the Congolese people. Developing a cure to HIV/AIDS would improve the lives of those in Congo as well as millions around the world.

How to Help
One way how to help people in Congo is to support HIV and AIDS research. Like the previous organization, a donation button for amfAR can be found in the top right corner of their page. AmfAR also sells products, like t-shirts and hats, the proceeds of which contribute to AIDS research. These can also be found on their page

But one of the easiest ways how to help people in Congo is to pick up the phone. Calling members of congress is a great way to show them what the important issues are on the minds of their constituency. A simple phone call can also get them to consider foreign aid legislation more seriously.

Finding phone numbers for congressmen and senators is quite simple. On the Borgen Project link, enter your zip code in the “Find Your Leaders” step.

Then, once you have their numbers, you can get them to view a piece of legislation with an easy, 30-second call. This is all you have to say: “Hello, my name is… and I would like you to protect the International Affairs Budget,” or consider whatever piece of legislation you choose (there are several more listed on The Borgen Project page). At most, the intern will ask you for your zip code—and then the call is over.

Getting friends and family to do this can generate a lot of support for an issue, and even gain the support of the leader after as few as seven to ten calls. With funding for bills like the International Affairs Budget held in tact, or even increased, millions of lives can be saved in impoverished places all over the world, like Congo.