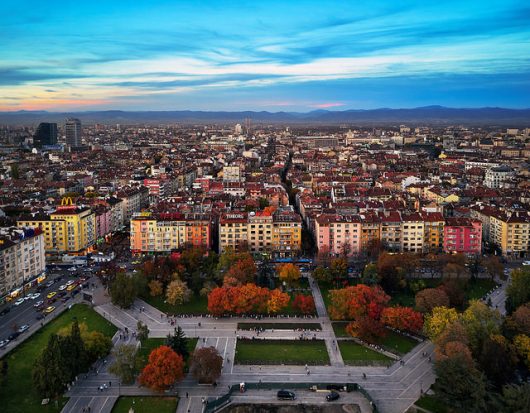 Whenever Bulgaria is mentioned in the media, coverage is generally skewed towards poverty and corruption, depicting it as one of the EU’s most troubled members. However, a closer look at the facts and figures of life in Bulgaria proves that how the media misrepresents Bulgaria does not entirely reflect reality.

Bulgaria and the EU

Bulgaria is the poorest member of the EU. This fact has not escaped the notice of the rest of Europe, and Bulgaria’s media representation has suffered for it. A 1984 study performed by Weaver and shows that the poorer a country is, the less coverage it is likely to gain in any given news outlet, and the more negative that coverage is liable to be. In contrast, richer countries such as the U.S. are much more likely to receive positive media attention, overshadowing poorer nations like Bulgaria.

Bulgaria in the Media

When the media mentions Bulgaria, it paints it as a corrupt Eastern European country that the rest of the EU wants nothing to do with. Media biases against Bulgaria frequently stem from the fact that Bulgaria was once part of the Soviet Bloc. After the collapse of the Soviet Union in 1991, Bulgarians struggled to adjust to the fact that their country was no longer Communist, and it was not uncommon for Bulgarians to migrate west to try for a fresh start. However, they were often met with fear from their new neighbors, mostly due to their status as ex-Communists whose government was still somewhat corrupt and were subsequently dehumanized by many Western European nations. For example, Bulgaria has repeatedly been denied admission to the Schengen Zone, which would permit Bulgarians to work and travel freely in fellow Schengen countries within the EU. This, combined with the country’s comparatively low GDP, has led to media depictions in which they are given the same derogatory treatment that migrants are typically given by news outlets.

Bulgaria and the Rest of the World

How the media misrepresents Bulgaria becomes apparent when examining the economic and political conditions in Bulgaria. For starters, Bulgaria’s GDP is currently $18,900, having risen from $8.400 in 1991. Although this is, in fact, fairly low by EU standards, it is not low when thought of in the context of the rest of the world. The world is split into four income groups, ranging from Group One (extreme poverty) to Group Four (the U.S. standard). Bulgaria falls into Group Three (upper middle income); most of its people can afford decent beds, bikes, and maybe cheap cars, but not annual vacations or spacious houses. The average person is getting about 6570 kilowatt-hours of electricity, 48 percent of them have Internet access, and 99.4 percent have access to clean drinking water. In fact, as of 2014, no one in Bulgaria is living in extreme poverty. Meanwhile, the rest of the EU’s citizens are scattered throughout Groups 3 and 4.

Corruption in Bulgaria is also not as abundant as the media portrays it. For example, the Inequality Index (Gini) rated Bulgaria around 40, which is in the middle of the scale. Their first elections took place in 1990, and their current democracy score is 9 out of 10.

Overall, things are looking much better in Bulgaria than the media lets on. While the media would let its consumers believe that Bulgaria is a hopeless case of corruption and poverty, it is actually a free nation with a thriving economy. If one looks hard enough, one will find that how the media misrepresents Bulgaria is a true misrepresentation and nothing more.