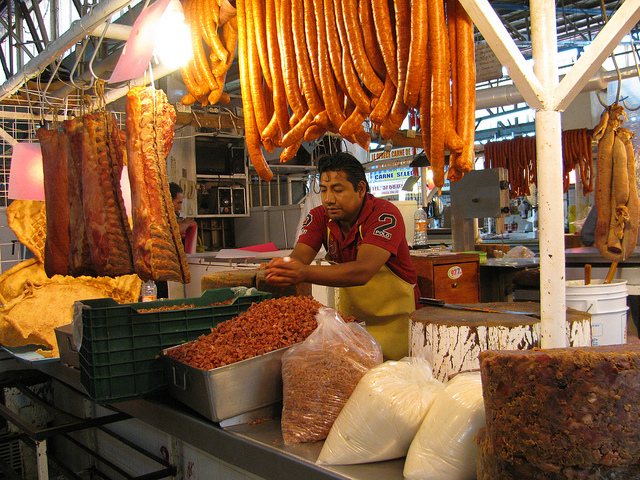 Latin America encompasses the area from Mexico to the southern tip of South America, and consists of 19 sovereign states amidst other territories and dependencies that span two continents.

The region has had a varied and unstable economic history: in 1982, rising oil prices led to the Mexican debt crisis, latin American GDPs began to decline and around 64 million people lived in poverty. In 2010, however, the overall GDP growth rate rose to 5.8 percent. Some of this recent growth can be attributed to various trade agreements adopted by Latin American countries.

Created on March 26, 1991 by the Treaty of Asuncion, Mercosur is a South American economic and political trade bloc that includes four members: Argentina, Brazil, Paraguay and Uruguay.

The bloc is a notable example of renewed global interest in regional trade agreements, and the four countries agreed to five terms:

In addition, people from member countries can apply for a two-year residency with the right to work. This policy benefits immigrants because they can obtain permanent residency as long as they do not have criminal records.

Since 1991, Mercosur has grown intra-bloc trade from $5.1 billion to $58.2 billion while world trade growth was only five-fold. In addition, the bloc acts an essential step in boosting industrial activity; for instance, Argentina and Brazil are the third biggest global markets for automobiles. Through results such as these, Mercosur demonstrates how international trade benefits Latin American development.

In 1994, Canada, the U.S. and Mexico signed the North American Free Trade Agreement (NAFTA), which created a trilateral trade bloc in North America. NAFTA’s goal was to integrate Mexico into the highly developed economies of the U.S. and Canada.

NAFTA is the largest free trade agreement in the world. This agreement eliminates tariffs to a large extent, and Mexico abrogates non-tariff barriers and other trade-distorting restrictions. This policy also leads to lower prices on groceries and oil in the U.S. and more exports from Mexico. Regional trade grew from around $290 billion in 1993 to more than $1.1 trillion in 2016.

Although Mexico’s unemployment has risen since then, many experts conclude that its economic performance is affected by non-NAFTA factors, such as devaluation of the peso and competition with China’s low-cost manufacturing sector. Overall, NAFTA has reshaped the trade pattern between these three countries and is one of the ways that international trade benefits Latin American development.

Established in 2011, the Pacific Alliance is a Latin American trade bloc that includes four member countries: Chile, Colombia, Mexico and Peru. Its goal is to build a comprehensive trade relationship between its member countries, promote a free flow of capital, goods, people and services, and further expand this relationship to Asia-Pacific trade. Under this agreement, member countries agree to reduce tariffs to 10 percent. This kind of international trade benefits Latin American development.

The growth in exports of goods and services reached 14.6 percent in 2010, while Mercosur resulted in more than 7 percent growth. All in all, the Alliance stimulates foreign investment in member countries and regulates government intervention in economic affairs.

These trade agreements are good examples of the effect that international cooperation can have on the economies of developing countries. The continued encouragement of free trade both within Latin America and with other nations will promote growth and opportunities for all of Latin America’s people.

What Is the Worst Tsunami Ever?2017 Ibrahim Prize Awarded to Liberia’s Ellen Johnson Sirleaf
Scroll to top