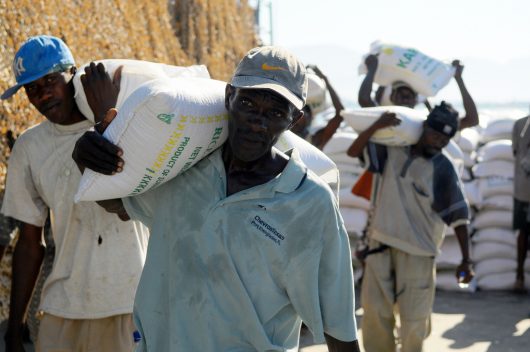 On February 27, Congressman Ted Yoho (R-FL) led a bipartisan effort that brought H.R. 5105, otherwise known as the Better Utilization of Investments Leading to Development (BUILD) Act, to the House Committee on Foreign Affairs.

“By streamlining our current system, we will not only spark economic growth in developing countries; we will improve America’s global competitiveness,” Rep. Yoho said in a press release.

These development finance programs are a vital part of foreign aid because they help to make a country economically stronger. Once a country’s economy is healthy, the country will no longer depend upon the U.S. for foreign aid.

The text of the BUILD Act states that the goal of the IDFC will be to primarily assist countries with low and lower-middle income level economies, as outlined by the World Bank, as opposed to providing assistance to upper-middle income economy countries.

The IDFC will work to encourage the use of a country’s private capital to facilitate sustainable economic growth and promote poverty reduction. To achieve this goal, assistance will be provided to individuals and collectives that are part of the private sector, so that they can avoid market gaps and inefficiencies.

In addition, the IDFC will not just provide financial assistance to developing countries; it will also ensure that the civic institutions in these countries are fortified and that there is a healthy level of competition in the economy. The IDFC will also foster public transparency.

Long-Term Goals of the BUILD Act

The consolidation of the various development finance programs into one corporation will help the U.S. to more efficiently achieve its foreign aid goals.

“Taking countries from aid to trade is the end goal. We want to help countries become robust trading partners with the United States,” Congressman Yoho said in the press release.

The BUILD Act will benefit not only developing countries in need of assistance, but will also have positive effects for the U.S. in terms of business and national security.