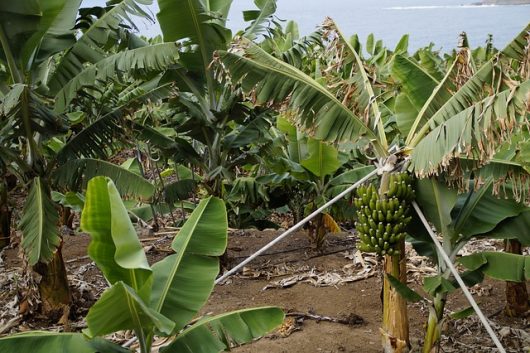 Known to be one of the most beautiful island nations in the Caribbean, Dominica is home to several lush rainforests, mountains, volcanic springs and rare plant and animal species. It is an attractive tourist destination and today much of its economy is based on tourism. However, almost 30 percent of the country lives in poverty, with three percent living in extreme poverty.

Like its neighbours, Dominica has a long history of colonization that resulted in its inclusion into the Commonwealth nations. It was also responsible for the establishment of an agricultural economy; sugarcane, coffee cultivation and timber harvests are among its main industries. After the fall of its “slave estate,” Dominica’s economic mainstay was banana production. To this day, one third of the country’s workforce is employed in the banana industry and that is one of the many causes of poverty in Dominica.

Because of its geographic location, Dominica is susceptible to annual hurricanes, which have caused its banana output to decline by almost 50 percent from 1978 to 2001. While some financial support from other countries was given to rebuild the sector, Dominica had to diversify its agricultural exports in order to rehabilitate its economy. It now exports several other fruits, flowers, soap and coffee, which have taken a long time to kick off.

Interestingly, despite being one of the poorer nations in the Caribbean, Dominica does not have a large income gap like many other countries. The majority of its 70,000 people are small peasants and there is a small, urban middle class of young working professionals. There are very few extremely wealthy Dominicans; those that belong to the current elite are generally descendants of colonial-era plantation owners. However, Dominica has recently introduced an “economic citizenship program” which allows wealthy foreigners to buy a Dominican passport for around $100,000, which may result in wealth imbalances. The program has led to an influx of foreign investment in the country, as the Dominican passport is a relatively strong one – allowing visa-free entry into over 120 countries – and has increased the country’s GDP significantly. The development of offshore financial services and construction has also mitigated some of the causes of poverty in Dominica, with the country’s economy growing by over four percent in 2006.

While the International Monetary Fund praised the Dominican government for these macroeconomic reforms and market diversification strategies, the causes of poverty in Dominica are not necessarily being addressed equitably for the entire population. However, a shift in the country’s economic platforms sets the stage for a more robust and holistic poverty alleviation program that is within reach for Dominica.