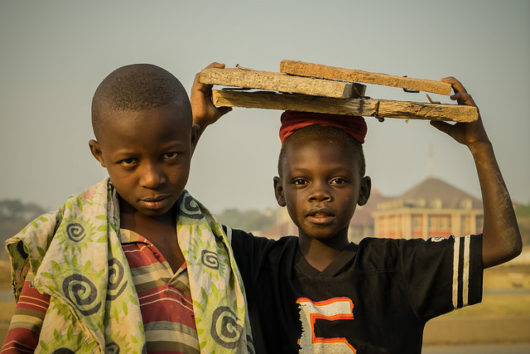 Modern Nigeria arose in 1914  from two British Colonies, one predominantly Muslim and the other predominantly Christian. The difference in religion translated to different political beliefs, causing tension between the two populations. The resulting violence and constant tensions between different ethnic groups have caused disunity in Nigeria, making it vulnerable to the threat of different extremist groups, most infamous being Boko Haram.

Boko Haram, a major source of conflict in Nigeria, was first created in 2002, driven by existing beliefs that Islamic, Sharia law should be enforced. The group has used various tactics including suicide bombing, terrorizing public places, and kidnapping to push for their goal. The violence and fear they have spread have intensified the existing 53.5 percent poverty rate in Nigeria.

The crisis has displaced more than 2 million Nigerians and has left 228,000 refugees without a home. Nigerians facing conflict and displacement consequently have restricted access to food as there are 4.5 million people that are food insecure. Although the effects of conflict in Nigeria do depend on the area, with the North region of the country having generally more dramatic effects because of the presence of Boko Haram, the problems are present in the whole country. Blocked access to health care affects up to 11 percent of the population while restricted education affects up to 26 percent.

As of 2017, Boko Haram destroyed 788 health facilities in Northeast Nigeria, leaving Borno state with 40 percent of its facilities lost. To make matters worse, 30 percent of Borno’s doctors have left the state in fear of the violence. Displacement brings health care concerns as well, with crowding increasing the risks of diseases in a country with a history of polio. The lack of health care facilities means that in the case of a disease outbreak, vaccines may not be fully distributed.

A similar situation exists for schools, with 57 percent in Borno not being in a condition to reopen, and 1,400 schools destroyed in this region. Children are also vulnerable to being used as suicide bombers, especially girls. The constant threat of violence, hunger and poverty prevents children from progressing and becoming educated, posing dangerous long-term effects for current and next generations.

The disunity and conflict spill over to the agricultural sector, sector that employs 70 percent of the total labor force. Pastoral farmers are moving south because of the threat of Boko Haram in the north, along with pressures of drought and limited space, create tension with existing sedentary farmers in the south. These often violent conflicts have killed 2,500 people in 2016 alone and have led to an annual loss of around $13.7 billion to the country.

It also forced the displacement of 62,000 people between 2015 and 2017, leaving them with restricted access to food and shelter and amplifying existing poverty in Nigeria. An end to these conflicts could potentially increase family income in the country up to almost 210 percent. With the majority of Nigerians depending on farming for their livelihood, it is evident that conflict Nigeria is worsening poverty.

Evidently, these conflicts are damaging the lives already impoverished people in the country, restricting their already limited access to food, education and health care services. Various organizations are fighting against these effects in order to hopefully improve the conditions of people affected by the conflict in Nigeria.