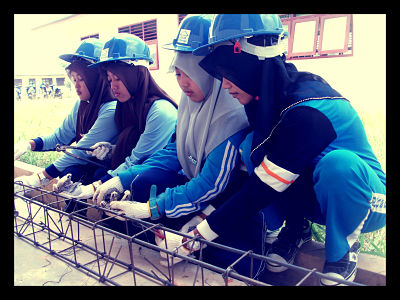 In 2010, a 7.0 magnitude earthquake struck the country of Haiti, claiming tens of thousands of lives and costing $7.8 billion in damages. Build Change, a non-profit international organization, is fortifying impoverished nations to prevent another disaster of this scale.

Working in Haiti, China, and Indonesia, Build Change provides earthquake-resilient house designs to be implemented by local homeowners and carpenters. Instead of proposing revolutionary design choices, Build Change analyzes the architecture of affected areas and makes specific modifications to improve stability. This allows local workers to quickly learn the new designs and eventually become able to build safer housing without outside help.

After an impoverished country endures an earthquake, houses built as replacements can either be culturally inappropriate or suffer from the same instability that caused the original houses to collapse. By intervening after a time of disaster, Build Change enables home owners to be involved in the building of secure housing. This in turn sparks the creation of new jobs for local workers. In a country like Haiti, with 70% of the population either unemployed or underemployed, this is a huge boom for the economy.

With 18,701 houses built, success stories have been numerous. Haitian Mirlande Joseph recounts her experience working with Build Change after her house was leveled by the devastating earthquake. Although they could not offer her financial support, they were able to walk her through the process of building a new house by engineering the design and providing onsite training of the workers tasked with the physical labor. Although this required more monetary investment than Joseph anticipated, the experience was so positive that she considered taking up construction as a profession.

Build Change was founded in 2004 by Dr. Elizabeth Hausler, who started the organization in response to the tragic number of lives lost following earthquakes. Hausler realized the insurmountable amounts of damage could be avoided if those in poverty had access to better housing. Finding immediate solutions to this issue helps prevent millions of dollars in repairs that would be spent following a national disaster. To Hausler, it’s imperative to provide these designs to those in struggling countries, regardless of whether their respective economies have fully recovered or not.

In 2011, Hausler received the $100,000 Lemelson-MIT reward for sustainability in recognition of the work model utilized by Build Change. By winning the award, Hausler hopes to inspire governments and building agencies to create affordable building codes that are sustainable and efficient. She hopes more young inventors will take time to work with the locals of struggling countries to conceive practical and economic solutions with their products and methods.