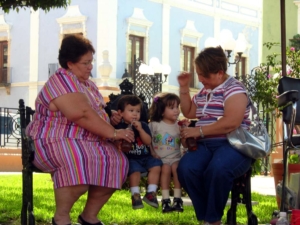 Toward the end of 2021, Andrés Manuel López Obrador, the president of Mexico, told the U.N. to “wake up from its slumber” on the issue of global poverty, the PassBlue reported. The popular left-wing president is halfway through his six-year term. He has said that alleviating domestic and global poverty are among his top priorities. In 2020, just one year before López Obrador proposed to the U.N. a first-of-its-kind plan to decrease global poverty, poverty in Mexico increased by almost 4 million people. That year, 55.7 million people in Mexico survived on less than $1.90 a day. The Economic Commission for Latin America and the Caribbean (ECLAC) expected this number to rise in 2022 “due to inflationary pressures.” A closer look at López Obrador’s policies to reduce poverty in Mexico provides insight into the country’s economic future.

In 2022, about 44% of Mexico’s population lives in poverty, according to the most recent government data. Excluding the negative effects the coronavirus had on economies across the globe, there are three main causes of mass poverty in Mexico:

In a radical move to change the status quo of policies to reduce poverty in Mexico, soon after assuming office, López Obrador ceased almost all existing welfare programs in the country in favor of a system reminiscent of a universal basic income, where residents received non-need-based cash.

Economists held concerns that the erasure of programs with need-based criteria would result in people not receiving enough benefits. These concerns held weight — For the government to afford to give out cash to all citizens, López Obrador had to cancel the two-decade-long Prospera program. The program “gave cash to mothers living in poverty in exchange for them keeping their children in school and taking them for regular medical checkups.” The program received praise for its success, on an international level.

In 2020, López Obrador transitioned Mexico to remote schooling after the coronavirus hit. Shortly after the implementation of programs such as Aprende en Casa (Learn at Home), which entailed receiving educational content through television and the internet, inequalities became apparent. Especially in rural areas, the inability to connect to the internet meant that rural children could not access the program.

In 2021, López Obrador gave a speech to the United Nations Security Council (UNSC) proposing a global poverty reduction program where the globe’s 1,000 wealthiest people and corporations would donate 4% of their wealth and G20 countries would donate 0.2% of their GDPs.

In 2021, almost 700 million people lived in extreme poverty across the world, according to Development Initiatives. López Obrador said that his plan could produce around $1 trillion annually to fight global poverty. U.N. members will debate his proposal before deciding on its direction, but some leaders have already come out in support.

Half of his presidential term remains, and despite growing poverty rates amid his policies to reduce poverty in Mexico, López Obrador is still popular, with a 62% approval rating. Economists suggest that if López Obrador implements successful policies to reduce poverty in Mexico, he will be more reputable on a global scale and in debates over his U.N. proposal.

With effective policies to reduce poverty, Mexico’s citizens can live a better quality of life. But, in the meanwhile, organizations are stepping in to assist Mexico’s most vulnerable.

Siege of Cartels: The Effects of Organized Crime in MexicoPeru’s Internet Revolution
Scroll to top