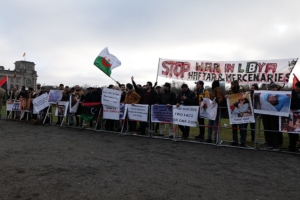 Libya is home to historical Greek ruins, the Sahara desert and valuable oil reserves. However, it also currently suffers from a state of instability. The country has experienced division due to a civil war between Libya’s Government of National Accord (GNA) and Khalifa Haftar’s militias in the east. Militant groups who gained power amid the lack of government control, including al-Qaeda and Ansar al-Sharia, have exacerbated this conflict. This fractured leadership has left civilians suffering from a struggling economy and the continual violence plaguing the region. Libyans must flee their homes to avoid imminent danger, often with nowhere to go. As a result, homelessness in Libya is a growing problem that requires attention and resources.

War often leaves people displaced or lacking basic necessities, and the Libyan war is no exception. The threat of shellings and uncontrolled violence has left around 120,000 people homeless in and around Tripoli, the nation’s capital. Many have no choice but to sleep on the streets, under trees or with whatever materials are available. Others find makeshift shelters such as public gardens, tents or converted buildings to offer slightly more protection. Old hotels, abandoned factories and schoolhouses become temporary homes for those who have nowhere else to turn.

With so many severely in need of shelter and resources, Libya turned to the Government of National Accord (GNA) for help. In response, the GNA dedicated about $85.7 million to help displaced civilians. However, homelessness in Libya persists and calls for further solutions.

The Plight of Refugees

As violence escalates, some Libyans search for better lives in different countries. Many have tried to escape to Europe, Niger or anywhere that offers more peace and stability. Unfortunately, due to Libya’s proximity to Europe, even refugees fleeing other countries must first travel through Libya. This pathway to Europe is so heavily trafficked that some estimate there are over “645,000 migrants, refugees and asylum seekers in Libya.” Only a percentage of people successfully make this journey, leaving many stranded and homeless.

Detention facilities under the GNA are holding refugees who are unable to leave the country. According to the U.N., detention centers have been holding about 3,200 people as of February, 2020. The centers pose new problems. They are overcrowded, unsanitary and lacking ventilation and lighting. They also severely lack the resources necessary to feed those experiencing detainment there. One GNA employee told The New Humanitarian that each day the center allots residents only “one piece of bread” and a “plain pasta dish for every six people.”

Organizations such as Refugees International urge the E.U. to put pressure on Libya to improve conditions. For example, it asks that the GNA discontinues the detention of refugees in closed facilities and instead employs the use of open facilities. When detention centers are open facilities, they are subject to international standards and must grant access to NGOs wanting to help.

As homelessness in Libya increases due to war, organizations are working to ensure that people seeking refuge no longer have to endure inhuman conditions in detention centers.

In addition to Refugees International, NGOs such as the U.N. Refugee Agency (UNHCR) are working to address the current crisis in Libya. The UNHCR recognizes the needs of refugees and displaced people. In order to improve the lives of this demographic, the UNHCR provides a number of services:

For the first time in years, there is some hopeful news out of Libya. In June 2020, the GNA pushed Haftar out of the west and out of Tripoli. This may be an opportunity for international intervention and support in the form of increased security or economic aid. Libya may finally be able to imagine an end to its turmoil and look toward rebuilding. This should also grant hope for a solution to homelessness in Libya. Economic improvement and rebuilding could allow citizens to return to their homes and their lives so that they too can try to rebuild.