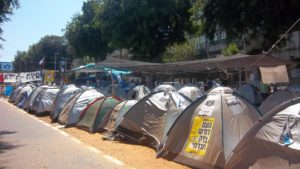 Israel has one of the highest poverty rates among developed countries. In 2016, approximately 21% of Israelis were below the poverty line. Despite this prevalent issue, the country has yet to adopt a system for combating homelessness. The Israeli Association for Civil Rights reported 25,000 homeless people residing in Israel, though the Ministry of Welfare and Social Services accounted for just 1,872 people living on the streets. Due to social services’ stringent standards for qualifying people as “homeless,” thousands of street dwellers and otherwise vulnerable people are unable to find permanent housing and meet their basic living needs. These three organizations have acknowledged the housing crisis and are fighting homelessness in Israel by providing positive communities, social support and safe housing opportunities to those most in need.

Due to the dynamic and diverse nature of homelessness, Israel’s policies governing social and housing services struggle to account for a significant portion of this population. The aforementioned organizations work to fill the housing gap that the government left by creating positive and sustainable living experiences for Israel’s homeless population; however, additional work is necessary to reduce homelessness in Israel.

In response to the city’s homelessness crisis, the Tel Aviv municipality is planning to implement Housing First programming. Housing First is an innovative model for addressing urban homelessness that multiple cities across the United States has already adopted along with countries including France, Denmark and Finland.

In exchange for 30% of their income and coordinated check-ins from program representatives, Housing First residents have 24/7 access to a one-room apartment and other long-term benefits. Following their transitions into permanent housing, residents receive supportive services and swift connection to opportunities within their local communities.

In January 2020, Housing First was still in its very early planning stages and some have noted the significant need for government funding; however, Tel Aviv City Hall states that its social services department continues to closely investigate the model. Despite the financial and political challenges of implementing a new strategy for managing homelessness in Israel, city officials reported that “the existing solutions are short-term and in too many cases don’t free the homeless from the circle of suffering…we are not giving up and are examining innovative methods used around the world.”