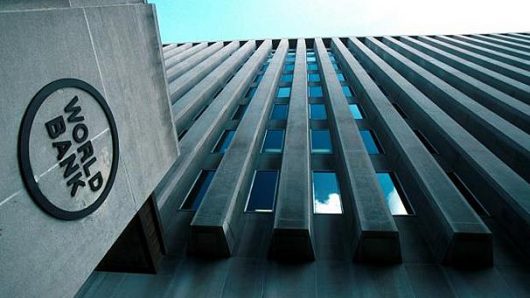 The history of the World Bank is one of change. As the world’s leading development finance institution, the World Bank has established a unique global role over its 75-year existence leading to its modern goal of poverty alleviation. Its longevity and evolution have fostered a bevy of admirers and critics, and its efficacy in achieving its goals has been a cause célèbre for members of the international development community.

How the History of the World Bank Began

The World Bank was formed in 1944 during and because of the ruin caused by World War II. Its original purpose was as a source of financing for the reconstruction of Western Europe, as countries such as France, the beneficiary of the bank’s first loan in 1947, were so devastated that no commercial lender would risk their own capital. As Europe gained its footing and could once again access capital markets, the bank shifted to a global focus including Latin America, Asia and Africa.

However, the history of the World Bank is one of not just an expanding geographical focus but of expanding policy focus. The bank’s initial projects in the 1950s-60s focused on infrastructure and reconstruction, but over the decades this mission has evolved.

The creation of the bank’s International Development Association (IDA) in 1960, with a mission to provide concessional loans and grants to the world’s poorest countries, presaged a shift toward supporting the world’s least developed economies. Bank president Robert McNamara’s pivotal 1973 speech in Nairobi was considered a turning point toward what is thought to be the most important of its many modern mandates: poverty eradication. In 2013, current President Jim Yong Kim described the institution’s twin goals as eliminating extreme poverty by 2030 and promoting income growth among the poorest 40 percent of the world’s population.

To this end, the World Bank has continued to represent a formidable source of financing. Its 2017 annual report totaled commitments of $61.8 billion in loans, grants, equity investments and guarantees to partner countries. For perspective, this is 57 percent greater than the 2019 President Budget for the State Department and USAID of $39.3 billion. The annual report also highlights the diversity of its initiatives, with projects ranging from support of Syrian refugees to cash transfers and nutrition services in

Pushback Against the World Bank

However, for an institution committed to a goal as noble as poverty eradication, the World Bank has attracted its fair share of critics. This stems from both the consequences of the Bank’s projects and questions surrounding the relevance of its strategy.

High profile projects have come under fire for decades for their unintended environmental consequences, such as the displacement of more than 60,000 Brazilians after the construction of the Bank-financed Sobradinho Dam in the late 1970s. Bank defenders would acknowledge these failures, but also cite the many safeguards implemented over the years to manage such unintended risks.

Other critics question the Bank’s relevance: in a world where private investors willingly commit over $1 trillion a year to emerging markets, is the multilateral really needed as a backstop? In stark contrast to the 1940s, financing is abundant and capital moves freely in many parts of the world. However, defenders might argue that the World Bank continues to fill financing gaps, as certain arms of the institution, such as the IDA, offer grants and concessional loans to low-income areas that cannot attract private investors seeking a profit.

Criticisms are likely to continue, but among multilateral institutions the size and clout of the World Bank in financing poverty alleviation projects are unmatched. Given its shareholders’ recent approval of a capital increase, the Bank’s financial footprint looks set to continue growing in the near future. The history of the World Bank is one of evolution, and supporters of international development hope its positive influence will continue to shape the poverty eradication landscape.