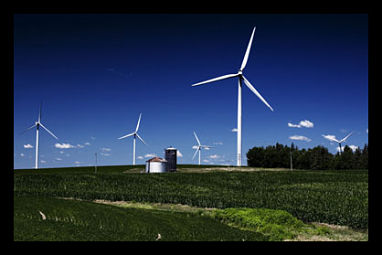 A new World Bank program has been launched to help developing countries map and collect data of their renewable energy potential. The Renewable Energy Mapping Program is coordinated and financed by the World Bank’s Energy Sector Management Assistance Program. A four-year budget of $11.6 million has been allocated to the program. The program will begin helping 9 developing countries, one of those countries being Pakistan.

Currently, about one-third of Pakistan’s population does not have access to electricity, yet Pakistan has abundant renewable resources including solar energy, wind, hydropower and biomass. These renewable resources are not being fully utilized because of the lack of credible data. The existing maps are not complete and do not identify specific sites for resource development. This new program will identify the areas that have the greatest potential for resource development.

“The importance of this resource mapping [for Pakistan] cannot be overstated,” says Arif Alauddin, former CEO of Pakistan’s Alternative Energy Development Board. “There is a need to shift to domestic renewable energy resources.”

According to the SE4ALL Global Tracking Framework report, renewable energy made up only 1.6 percent of total final energy consumption in Sub-Saharan Africa, and 1.8 percent in Southern Asia as of 2010. In addition to their environmental benefits, renewable resources will create new jobs, improve the country’s energy security and access, and allow the country to transition to a more sustainable energy sector. This new program will provide governments and private companies the foundation they need to develop resources such as solar, wind and hydropower.