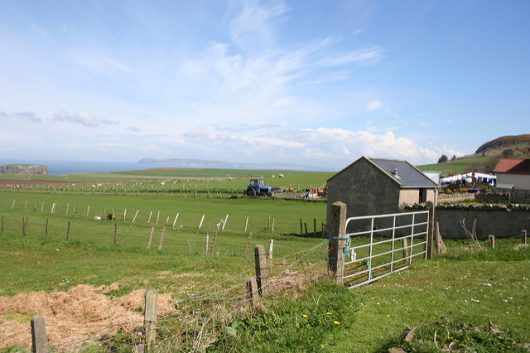 Ireland’s political and religious history has had a great effect on the country’s history of poverty, which has continued throughout many centuries. There are still neglected political policies that cause great poverty today.

Early History of Poverty in Ireland

The history of poverty in Ireland began with the invasion by Great Britain in 1649. Oliver Cromwell governed Great Britain at that time, and he despised Roman Catholicism. He felt that the predominantly Catholic Irish people could not be trusted and sought to bring them to order. Cromwell executed those that would not comply and exported children to sugar plantations in the West Indies, hoping to decrease the population of the Irish. This population loss allowed Great Britain to gain control over Ireland.

In the 18th century, Ireland’s farmland became the property of English landlords. The landlords were not present to work the farms and only collected rent. The landlords would force multiple families to live on one piece of property to charge more rent. This overcrowding resulted in hunger, as the crop yields could not sustain multiple families and still provide income for rent. Those who could not pay were evicted and had nowhere to go.

Potato Famine a Major Cause of Poverty

The main crop produced on the farmlands was a staple of the Irish diet, the potato. However, potatoes are susceptible to disease, even though the crop needs little maintenance. This was the cause of the Great Potato Famine that began in 1845. The famine was caused by the water mold disease known as late blight, which resulted in crop failure three years in a row. This drove families further into poverty. There were many families that were unable to pay rent or feed their children. The Great Potato Famine was one of the most significant events in the history of poverty in Ireland. The famine caused more than one million deaths and reduced the population by nearly half.

Even though Great Britain impacted the history of poverty in Ireland by taking control of the farmland when the Great Famine was devastating Irish families, the government refused to intervene and provide help to Irish families. Charities and soup kitchens had limited resources to help those suffering from starvation. Those who did not perish from starvation or disease were forced to immigrate to other countries.

Advocacy group Social Justice Ireland (SJI) has studied the history of poverty in Ireland and seeks to correct the ongoing issue. SJI reports that more than 100,000 people with employment are still living below the poverty line. In addition, SJI has stated that to avoid poverty, a single adult must make an estimated €250 a week and a family of four must bring home approximately €579 a week to be over the poverty line. The difficulties that the working poor face in reaching these income levels are attributed to low pay that is not fairly regulated, either by employers or the government.

Another factor that causes the population to be employed and still below the poverty line is an unfair tax system that has always been a part of the history of poverty in Ireland. SJI strongly urges the government to take charge and break this ongoing cycle of poverty for the Irish people.