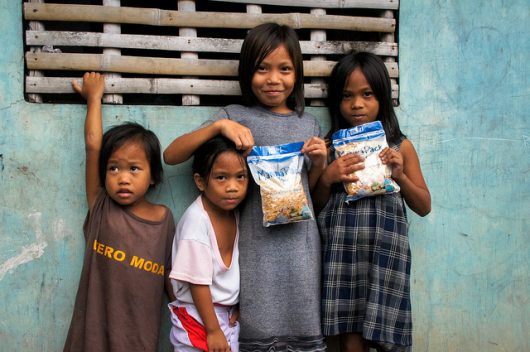 The evolution of modern foreign aid efforts and expectations was not an overnight process. After centuries of progress, the concept of foreign aid transformed the from a military strategy to a humanitarian mindset. Below is a timeline of the history of foreign aid.

18th Century: Beginning as a means to hold leverage and ensure loyalty, Frederick the Great of Prussia began providing assistance to less affluent countries. Consequently, this allowed his own people to feel confident that they had the military backing of these allies.

19th and Early 20th Centuries: The European superpowers gave large amounts of money in aid to their colonies as a strategy to improve infrastructure and increase economic efficiency.

1947: The first major act of foreign aid arrives with the Marshall Plan. Following World War II, the U.S. funded over $13 billion to assist in the reconstruction of Europe. This plan also led to the development of the World Bank, IMF (International Monetary Fund) and the United Nations.

1956: The amount of United States foreign aid continued to increase after the success of the Marshall Plan. In addition, the Cold War caused the Soviet Union to use foreign aid as a tactic to gain support at home.

1960s: Japan produced an extensive foreign aid program. Additionally, Robert McNamara became the head of the World Bank in 1968 and began promoting the idea of providing aid to developing countries in the forms of health, education and sanitation. People began discussing foreign aid as an issue of morality.

The 1980s: Due to the economic setbacks following the recession in the 1970s, foreign aid slowed down during this time period. Economies needed to be restructured and that left less money for social improvement.

The 1990s: The Soviet Union collapsed in 1991, and this reestablished democratic values in many countries. Philanthropists such as Bill Gates and George Soros initiated developmental projects, drawing attention to the global need.

The Present: Since then, the World Bank has established two sets of millennium goals to end poverty, with the most recent deadline in 2030. The resources given and countries involved are the greatest in the history of foreign aid.

Although foreign aid has grown exponentially over the last century, there is still massive need that overpowers much of the world. However, organizations are working to increase the budget for foreign assistance and put an end to poverty once and for all.

10 Facts About MicroloansInnovative Social Enterprise: ME to WE Works to End Global Poverty
Scroll to top