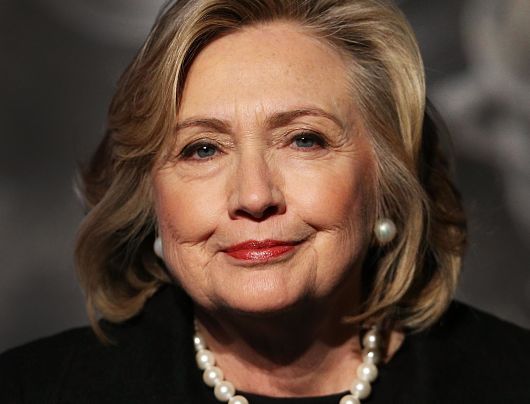 In April of this year, Hillary Clinton announced her candidacy for president. As a strong democratic nominee with a lot of political capital, she has the power to raise big money and advocate for issues on her platform.

According to her website and her voting record, she is an advocate for small business and defining America’s core values. Many see her as a strong candidate for the election next year.

However, unlike her last campaign, Clinton seems to be focusing more on women’s issues.

In 1995, Clinton gave a speech in Beijing entitled, “Women’s Rights Are Human Rights” to the U.N.’s Fourth World Conference on Women. At the time, Clinton was First Lady of the United States. In the speech, Clinton spoke of the continual rape of women during armed conflicts and the act of silencing women and girls around the world. She declared that women’s rights must now be seen as human rights and solved.

Since the 90’s, Clinton has seemed to not focus on women’s issues or place them at the focal point of her 2008 election.

However, this round, she seems to be doing the opposite. Before announcing her candidacy in a speech at Georgetown, Clinton told the audience that women’s rights are not only a responsibility for women, but also men.

At her first major campaign event in June of this year, Clinton seemed to emphasize her support for women’s issues. She supports a women’s right to choose and have easier access to contraceptives.

Clinton has proved herself to be an advocate for women domestically, but what about abroad?

Clinton does not seem to shy away from economic aid to developing countries. In 2012, Clinton visited Africa, promising U.S. assistance to revitalize African economies. Although many attacked her for attaching so many contingencies onto the package, she does want to help.

Combining her commitment to providing assistance to impoverished nations and her advocacy for women’s rights, she would be a tremendous help to women’s health abroad.

Under her watch, we could see a real attempt to repeal the Helms amendment and provide access to family planning tools. Because of her commitment to women domestically, she would support women’s access to education abroad.

Although the campaign trail is long, her commitment to women and impoverished nations would mean great things for women being affected by the lack of access to a proper education, birth control and water.