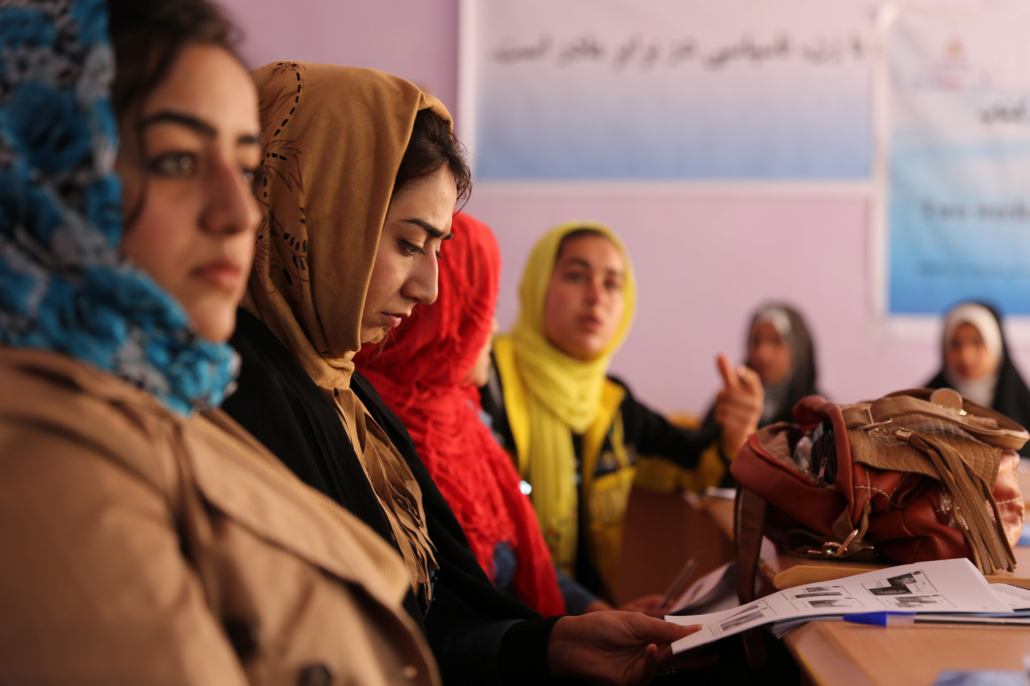 The health of higher education in Afghanistan is a product of invasion and civil war. The tumultuous nature of Afghanistan’s history has left obstacles in the path of educational institutions. This takes the form of many hindrances, such as the country’s current political stability or the ruling leader’s tendency for tradition. In the absence of education, economic instability and a lower standard of living may follow.

The establishment of formal modern education in Afghanistan didn’t exist until 1875. However, it was not until 1919 that the number of established institutions exceeded four. In 1929, during his nine-month rule, Habibullah Kalakany closed girls’ schools and stopped female students who went abroad from continuing their studies. Shortly after, Zahir Shah allowed girls once more the freedom of education. He also established the first small sign of higher education in Afghanistan, the Kabul Medical Faculty in 1932.

“Brain Drain” is a dire issue for the infrastructure and further human development of Afghanistan. This occurs when young Afghans receive degrees from institutes of higher learning and prefer job opportunities or the standard of living outside of their home country. Generally, when facing a crisis, the number of educated emigrants produced by a country will be higher than the number of educated citizens in that country.

The effects of brain drain directly impede further infrastructure development in Afghanistan, continually reducing the country to a state of stagnant reconstruction. The country’s condition of low development poses a threat to the advancement of higher education. According to a study by David J. Roof, in 2014, the higher education enrollment ratio in Afghanistan was around 5%, among the lowest in the world.

The World Bank suggests that Afghanistan could follow the strategies of other developing countries such as Pakistan and Sri Lanka in order to reduce the brain drain. This includes offering tenure tracks to young academics or encouraging studying abroad.

The Taliban’s Effects on Women’s Education

Many commonly think that in repressive regimes, the educated will bring the most opposition. The Taliban’s recapture of Kabul in 2021 initiated one of the world’s most critical humanitarian crises, leaving millions of Afghans starving and unable to collect salaries. However, young academics, specifically women, are being further barred from receiving higher education due to new Taliban decrees, which also restrict women’s freedom to work or leave the house.

In September 2021, the Taliban regime allowed women to continue studying in gender-segregated universities under strict dress codes. However, in March 2022, it banned the opening of schools for girls and women past the sixth grade.

This decision could divert international donations and deepen the humanitarian crisis in Afghanistan.

According to the U.N. Human Development Report, in 2020 Afghanistan ranked 169th of 189 countries based on the Human Development Index. An increase in foreign aid or grants focused on bolstering higher education would greatly benefit the country economically and politically by creating and filling jobs as well as providing a future for a more stable government.

In June 2021, the World Bank approved an $18 million grant to Afghanistan through the Higher Education Acceleration Transformation Project to bolster the infrastructure, quality and accessibility of higher education. A majority of this grant will help develop educational facilities, support teachers and improve curriculum and textbooks.

Due to gender disparities in higher education within Afghanistan, advocacy has mostly focused on increasing the accessibility of education to female students. The World Bank grant is a large step forward in opening up opportunities for Afghan women.

USAID has also drastically aided in the development of higher education in Afghanistan, focusing on matching universities and the labor market to cultivate 31 new degree programs for undergraduate and graduate students. In addition, the USAID PROMOTE scholarship will award up to 900 Afghan women the opportunity to seek both Bachelor’s and Master’s degrees to diversify academia in Afghanistan.

Higher education in Afghanistan is unfortunately a framework of feeble institutions that heavily rely on foreign aid. Foreign aid has become the most important factor in the development of education infrastructure in Afghanistan, and actions by the World Bank and USAID have alleviated some of the negative effects of brain drain and gender inequality.