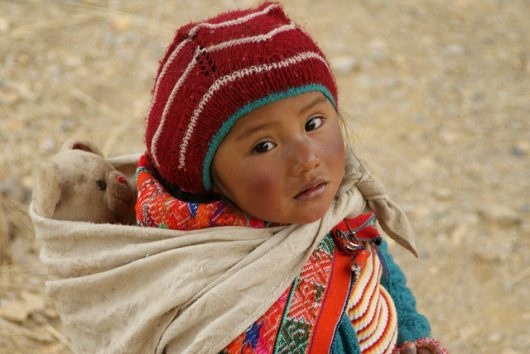 While the poverty rate in Peru has dropped over the last year, there are still people living without access to basic human necessities. There are several programs and organizations that help people in Peru by putting them in a position to live a better life.

In Peru, over 3 million people are living in poverty and over 5 million have no water resources, according to HELP International, a globally responsive organization. Over 40,000 more people have left poverty compared to last year, but the government is expecting a decrease of 3 percent this year because of floods resulting from El Niño earlier this year and a graft scandal that has halted public works.

The flooding caused by El Niño killed about a hundred people and damaged thousands of homes. Organizations in Peru like Save the Children and ADRA Peru have been working and accepting donations since then to help those affected.

Global Giving is another nonprofit organization resource that lists the specific needs of people in certain regions living in less than desirable conditions. On the Global Giving website, you can find a list of projects accepting donations for relief for the thousands that were forced to abandon their homes.

By giving help to people in Peru, you would be helping the one-third of Peru’s population that lives in poverty. This help goes a long way towards continuing the progress that Peru has made in its fight to reduce poverty.

Why is Kyrgyzstan Poor? How Do US Ambassadors Fight Global Poverty?
Scroll to top