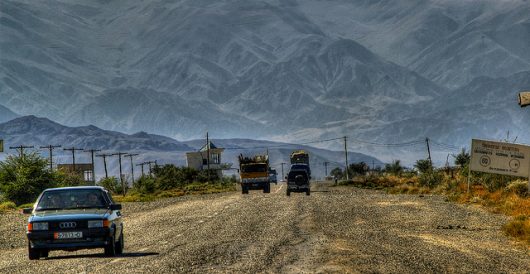 Once known as one of the great crossroads of the Silk Road, the mountainous Kyrgyzstan lies in Central Asia. After being controlled by a rotating series of tribes and clans, the country finally gained sovereignty in 1991 after the dissolution of the Soviet Union. Since its inception, the nation-state of Kyrgyzstan has made economic progress, but there have been serious obstacles during the transition. So, why is Kyrgyzstan poor?

Kyrgyzstan is undoubtedly a low-income country as it has the second lowest Gross National Income (GNI) in Europe and Central Asia and 32 percent of the population lives below the poverty line. There is also a significant wealth disparity between the urban and rural populations, with 74 percent of the country’s poor living in rural areas.

Kyrgyzstan’s economy heavily depends on farming which accounts for about one-third of the national Gross Domestic Product (GDP). Furthermore, 48 percent of the workforce is employed in agriculture and 55 percent of the farming output comes from household plots where many individuals participate in subsistence farming.

Kyrgyzstan is only able to export cotton and tobacco as the country has few natural resources desired by the rest of the world. While there are untapped coal deposits and a major gold mine in the country, there has been little done to take advantage of these resources.

When asking “why is Kyrgyzstan poor?” one of the most important factors to be considered is the severe lack of access to proper banking and financial services. There has been little competition between large commercial banks, and the country has continued to rely on imperfect Soviet methods for accounting and banking. Furthermore, the Kyrgyz Revolution of 2010 led to the discovery of high-level corruption in the banking sector. In fact, over $170 million or 10 percent of the country’s assets, was stolen by the former president’s son.

As a result of these serious issues with the banking infrastructure, many living in Kyrgyzstan do not have access to banking services, preventing investment and economic growth. There is also a lack of services crucial to aiding entrepreneurs, such as credit risk assessments and bank loans.

To find a solution to the question “why is Kyrgyzstan poor?” the country’s government needs to implement reform that leads to the creation of an effective, corruption-free banking system and the diversification of the domestic industry.

Why Is Djibouti Poor? How to Help People in Peru Out of Poverty
Scroll to top