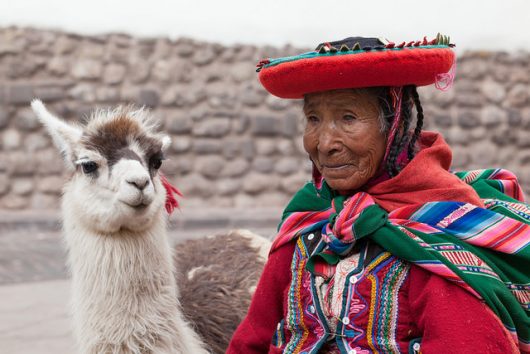 Home to 11 ecological regions, Peru, the third largest country in South America, has made a major effort to control and prevent diseases. The efforts are critical for Peru’s vulnerable population of 32 million.

One of the most common diseases in Peru is dengue fever. A viral infection transmitted through mosquito bites, dengue fever initially has no symptoms. However, within a week of being bitten by an infected mosquito, individuals will display flu-like symptoms for which there are no antiviral treatments available. While dengue can prove deadly, Peru has actively been fighting the disease. In response to a May 2017 outbreak induced by flooding, the nation mobilized soldiers to distribute aid and health supplies, and set up mobile clinics to treat individuals. In this sense, they did much to support their citizens in preventing and eliminating the disease.

Another common disease in Peru is Zika virus. Although Peru declared a 90-day health emergency throughout 11 states in response to Zika in 2016, their allocation of nearly $6 million has helped reduce the epidemic. Unlike many nations throughout South America, Peru was reduced from a “high risk” area to a “minimal risk” area. The efforts to eliminate Zika have thereby proven at least partially successful.

Finally, typhoid fever—a bacterial disease spread via contact with food or water contaminated by feces or sewage—persists throughout Peru. With mortality rates reaching as high as 20 percent when left untreated, typhoid fever remains a disease which must be combated. While the mortality rate of typhoid fever rose between 1990 and 2013, the nation continues to dedicate resources intended to eliminate the disease.

Though these are not the only common diseases in Peru (others include bacterial diarrhea, hepatitis A, malaria, and Bartonellosis), their persistence throughout Peruvian society demands global attention. By helping fund efforts to terminate these illnesses, the United States can ultimately help ensure that the citizens of Peru continue to thrive and succeed.