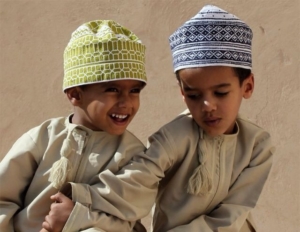 The country of Oman (officially know as Sultanate of Oman), located on the Arabian peninsula, can provide an example of a recovered and thriving healthcare system. Since 1970, Oman has been developing a highly esteemed healthcare system that is based on an efficient three-tiered system. The primary care model has produced a considerably healthier population compared to 50 years ago.

The progress of healthcare in Oman is represented in the statistics. Before His Majesty Sultan Qaboos first sat on the Omani throne in 1970, only 13 doctors were working for the 724,000 citizens of Oman. Since then, the number of doctors, as well as the number of hospitals, have grown tremendously. In 1958 there were only 2 hospitals while today there are 70 hospitals that are world-renowned for their medical treatment. There was also a significant growth in life expectancy from around 50 years in 1970 to over 76 years today. At the beginning of his reign, His Majesty Sultan Qaboos made universal healthcare a goal, pushing for additional resources and policies to create accessible healthcare. The commitment of the government, including a law that ensures that the government will invest “in health care as a means of ensuring citizens’ well-being,” proved to be the momentum that the healthcare system needed to expand. With this commitment, a large amount of the government’s revenue from gas and oil, one of Oman’s largest exports, provided the healthcare sector the funding it needed to build hospitals, and improve medical staff and policy. By 2000, healthcare in Oman was ranked number eight in the world by the World Health Organization.

In addition to funding, healthcare needs policies to create a strong and lasting infrastructure. The platform on which Oman would grow its healthcare sector toward universal care was the focus on free primary care for all citizens. The aforementioned three-tiered healthcare system implemented in the Oman consists of primary care (hospitals at a local level), secondary care (care from a regional and district level), and tertiary care (any national care a citizen might receive.) By funding and creating ubiquitous accessibility for primary care, citizens can access healthcare in their community and be directed into a higher level or specialty if needed. Free primary healthcare for all has increased the quality and efficiency of healthcare in Oman.

Healthcare in Oman has been effective in increasing life expectancy, decreasing child mortality and detecting diseases because there is a focus on preventative care. Preventive care is intertwined with the idea of accessible primary care because it encourages early detection of disease as well as easy and unburdened emergency care. Citizens can access the care they need without worrying about the cost of visiting a hospital in an emergency. In addition, the increasing amount of doctors who have an international perspective allows citizens to be better informed about their health issues and for doctors to take proactive measures in stopping development. The progress made by Oman’s healthcare sector has caused significant positive change. From the efficient use of oil and gas revenue in the funding of hospitals to free primary healthcare for all, healthcare in Oman has arranged a secure and community-based framework that promises even greater future progress towards exemplary healthcare for all citizens. As the country continues to grow its investment in preventive care as well as the expansion of privatized healthcare, other healthcare systems can learn from Oman’s effective resource and policy implementation that has greatly improved healthcare for its citizens. – Jennifer Long Photo: Flickr