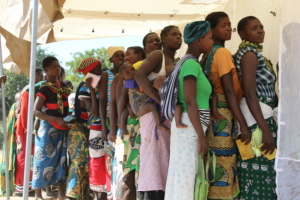 In Malawi, it is tough for pregnant women and families with babies and young children to get the necessary help in rural and hard-to-reach areas. This is often because Malawi is one of the hardest to reach places in the world. Citizens in Malawi aren’t seen as quickly with health-related issues. The success of the health hotline in Malawi is its goal to not be needed in any one area forever.

The mobile phone service is not only for those in dangerous situations that need help quickly. It also provides clear advice and health information. In a state of worry about her baby’s health, a young woman living in a village called Chiyendausiku in Malawi called a toll-free hotline for advice. The young women called a health hotline in Malawi called Chipatala Cha Pa Foni (CCPF). It is a health center by phone, a hotline and text messaging service for families, babies, young children and pregnant women.

Chipatala Cha Pa Foni (CCPF) helps mothers in hard-to-reach areas get the necessary attention to get to the closest health center as soon as possible. When calling the health hotline in Malawi, most women don’t need to rush to the hospital.

According to a 2014 World Bank Study, women who live in Malawi have a one in 34 chance of dying during childbirth. UNDP reports that Malawi’s maternal mortality rate is one of the highest in the world, with 675 deaths per 100,000 live births. Mothers and pregnant women face a difficult journey of lack of access to child health care due to the distance to and from the health care facilities. Also, the lack of trained health workers to serve the population. The myths and misinformation also affect when and where they can seek health care.

Chipatala is available from 7 a.m. to 7 p.m. seven days a week, including holidays, Social Innovation in Health Initiative reports. The toll-free hotline connects callers to trained health staff workers who answer general questions. Some of the questions are about nutrition, child health and sexual and reproductive health. Through the opt-in text and voice messaging system caretakers of children under one, pregnant women and women of childbearing age receive advice tailored according to their pregnancy timeline or their children’s age. Also, Chipatala makes it possible to use an interactive voice response system that allows the users to retrieve messages on demand.

The idea of Chipatala is to access relevant health information to decrease the under-resourced community clinics. Since Chipatala launched in 2011, it has reached more than 35,000 unique callers. Health workers resolve about 75% of cases without connecting the caller to a health facility and log almost 50,000 calls. The company aims to continue making affordable and ongoing mobile access to Malawi’s rural areas and keep providing sustainability.