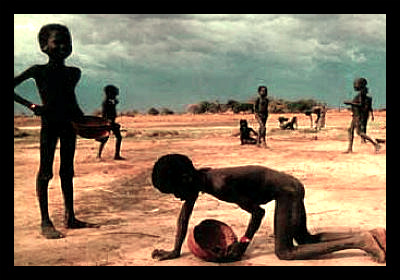 Guinea-Bissau is one of the poorest nations in the world, ranked 176 out of 187 countries on the United Nations Human Development Index in 2012. With a population of 1.5 million inhabitants, approximately 40 percent are under the age of 14-years old. In many communities, women and girls have limited education and health services.  Many fall victim to forced marriage, exploitation, sexual violence and childhood pregnancy.

Guinea-Bissau has had substantial military and political upheaval since its independence from Portugal in 1974. Shortly after, a military coup appointed Joao Bernardo “Nino” Vieira as its president in 1980. Vieira created a nice path to a multi-party system and market economy, but his regime was characterized by suppressing his political opposition and by purging political rivals.

Throughout the 1980s and 1990s, there were multiple coup attempts against Vieira, but they all failed to cast him out. He was elected as president in the country’s first free elections in 1994 only to be expelled from the country in 1999 after a military mutiny and civil war that started in 1998.

A transitional government turned over power to the opposing leader Kumba Yala after he was elected president in transparent polling in 2000. After only three years in office, Yala ended up being overthrown in a nonviolent military coup in 2003, and Henrique Rosa, a businessman at the time, was sworn in as interim president. Vieira came back to Guinea-Bissau, was re-elected in 2005 and pledged to pursue national reconciliation and economic development, but he was assassinated in 2009.

In an emergency election in June of 2009, Malam Bacai Sanha was elected, but he passed away in 2012 from a pre-existing illness. To determine his successor, there was supposed to be an election in April of 2012, but a military coup prevented it from taking place. Currently, Manuel Serifo Nhamadjo is the transitional president and the transitional government keeps postponing the new presidential election that was supposed to take place two years ago.

All of this political strife has led Guinea-Bissau’s economy to be severely harmed and it has been very difficult for it to recover. A UN human rights expert called out the Guinea-Bissau authorities on February 28 in her visit to the nation to inform them how crucial it is that they help out their own people that are in extreme poverty.  She said the population cannot wait any longer for the transitional state policies to become effective and that the government needs to work to ensure the welfare of future generations, especially those living in abject poverty.

Much of Guinea-Bissau suffers from low levels of school enrollment, illiteracy and unemployment. Development of Guinea-Bissau is mostly dependent on the investment in basic services like health and education.  The country cannot successfully improve the situation of the poor until its framework is improved first.