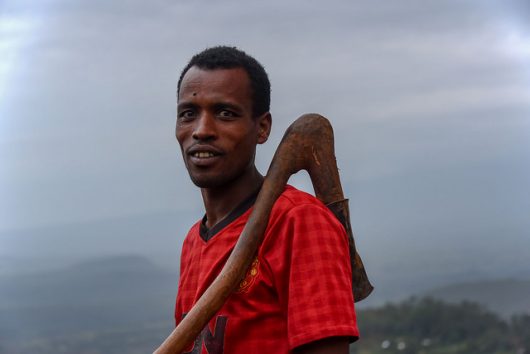 Economists are divided into two groups over the idea: one in favor of guaranteed basic income and the other against it. Those opposing the idea believe that it will undermine the incentive to do a job, that more people would end up in low-wage jobs or that a “handout” is by no means a tool to “turn things around”. Some of them also argue that even if guaranteed basic income can solve poverty, a program like this can be very expensive and hence negatively affect a nation’s economic growth.

On the other hand, the idea has found acceptance among several intellectuals, politicians, historians, economists and entrepreneurs alike. One of them is Facebook CEO Mark Zuckerburg, who has called for others to embrace the idea, in case people start losing their jobs to automation and artificial intelligence.

To see how guaranteed basic income can solve poverty, many experiments are underway around the world. A nonprofit organization in Kenya called GiveDirectly has launched one of the most comprehensive economic and social experiments in human history. They will be selecting groups of people who will receive $22 per month for a period of two to 12 years, no strings attached.

To date, the organization has distributed more than $70 million among 80,000 households in Kenya, Rwanda and Uganda. “What’s interesting about basic income is that, coincidentally, it’s a conversation people are having all the way from Silicon Valley, where they are worried about job loss to robots, to some of the poorest countries in the world,” said Paul Niehaus, professor of economics at the University of California San Diego, co-founder of GiveDirectly and a firm believer that guaranteed basic income can solve poverty.

In Finland, the government randomly selected 2,000 unemployed citizens for a one of a kind experiment started at the beginning of 2017. To study how guaranteed basic income can solve poverty, these people will receive €560 every month for two years, tax-free. A key goal of the Finland experiment is to give unemployed people incentive to work by providing them with financial assistance even after they become employed again. Researchers chose the €560 monthly amount because it roughly equals the current level of unemployment benefits.

In a recent interview given to NPR, Stockton, California mayor Michael Tubbs said,” In fact, I think [it] will make people work better and smarter and harder and be able to do things like spending time with their families [be]cause we’re not robots.” Stockton will start a similar experiment by the end of this year.

What Basic Income Can Do for Impoverished People

The proponents of guaranteed basic income caution that the amount paid must be sufficient to be of assistance when misfortune strikes but not large enough to satisfy all of a person’s wants. They also argue that the freedom to start a new business or to say yes to a job that pays little but yields joy, or to say no to a job that pays too little or is demeaning, should not be reserved only for the wealthy.

Historian Rutger Bregman highlights an experiment conducted in India by American psychologists involving Indian sugarcane farmers. These farmers get around 60 percent of their income all at once. Hence, they are relatively rich during one part of the year but poor the rest of the year. The farmers were subjected to an IQ test before and after the harvest. The results showed that farmers gained nine IQ points after the harvest, as the extra money freed up mental resources that were previously concerned with making ends meet.

A similar study conducted between 1974 and 1979 in Dauphin, Canada proved that a guaranteed basic income can solve poverty by making the recipients smarter, healthier and richer. Further studies can bolster the effectiveness of basic income worldwide and could lead to it becoming an important tool in ending global poverty.