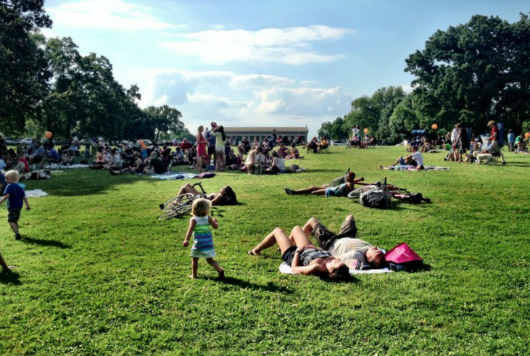 Having access to healthy green recreational areas has, for years, been known to improve mental health and well-being in communities. Contact with nature is said to be therapeutic for those who are stressed or fatigued. A new study, published in the American Journal of Preventative Medicine, suggests that this same access could conceivably reduce socioeconomic inequalities.

“Researchers looked at data that covered more than 21,000 urban residents from 34 nations recorded in the 2012 European Quality of Life Survey.” This research accounted for general demographic information among other data, and the results showed that those with reliable access to green space had a 40 percent lower socioeconomic gap than those that did not.

According to a similar study performed by the University of Glasgow, “green places are not only good for our health and well-being, but could also play an equalizing role in our cities.” This makes sense because green spaces do require a kind of maintenance, which opens up many jobs and volunteer opportunities in their communities.

One example of a green space that is highly beneficial to its community is Lexington, Kentucky’s Gratz Park. This park borders Transylvania University, is used as a venue for local artists and performers during events, and is an accessible area for college students. Those who work to maintain Gratz Park are well-respected, and students that network there during events have been known to be much more at ease. Inhabitants also take great pride in the park’s historical significance as it was established in 1781.