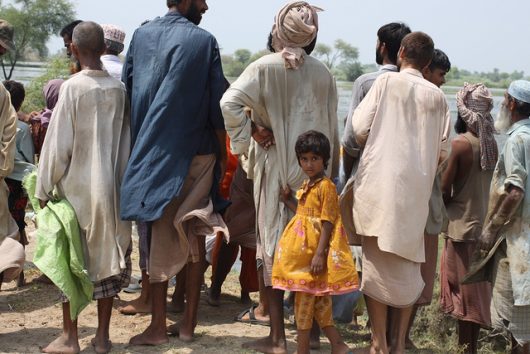 In early April of this year, an important step was taken to reduce poverty in Pakistan. The Pakistani government made the decision to re-evaluate its poverty threshold or an individual’s estimated monthly income that would place them above or below the poverty line in that particular country.

The government ultimately decided to raise its poverty threshold, increasing the number of citizens eligible for government-sponsored aid and development policies.

Based on census data between 2013 and 2014, the Pakistani government raised the poverty threshold for working adults’ incomes to 3,030 rupees per month, or about $29.

The new criteria means that roughly 60 million total citizens are classified as falling below the poverty line as opposed to a much smaller number of citizens who fell under the old poverty line, which was based on 2001 data.

What consequences does this new, expanded recognition of impoverished citizens carry?

For starters, a higher poverty threshold typically means that there are fewer people living in poverty. The World Bank issued a report estimating that, if applied in 2001, the new data would qualify 64 percent of the population as impoverished, rather than the 34.5 percent of citizens classified as such under the old data.

Currently, the number of citizens living below the new poverty line rests at 29.5 percent, a sharp decrease from 2001. In simplified terms, this means that the overall rate of poverty in Pakistan has fallen by over one third in the past fifteen years.

It also shows that the government-sponsored aid programs and pro-poor development policies implemented over the past 15 years have worked and have the capacity to help even more citizens. The Benazir Income Support Program (BISP) in particular has been effective at providing economic assistance.

Provided with significant support by USAID, the World Bank, DFID, and the Asian Development Bank, BISP has taken the lead in establishing “cash transfer” programs, which provide the financial support families need to meet educational, health and livelihood requirements.

The greater levels of income provided by BISP are improving the overall financial condition of Pakistan as well, allowing the country’s “formal banking sector to reach to the untapped market segment” of poverty in Pakistan.

The continued success that Pakistan has achieved by investing in its impoverished citizens has inspired programs similar to BISP in countries such as India, Ghana, Mongolia, Cambodia and Nepal.