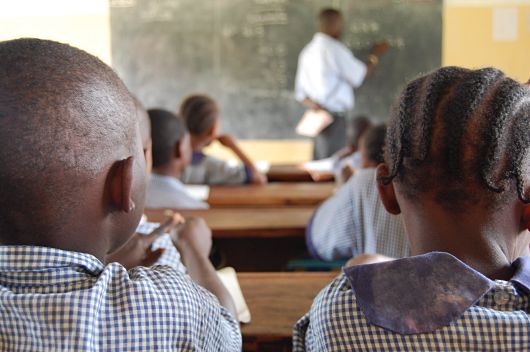 A new Brookings Institution report details just what this problem is: a 100-year gap in the quality of education between developed and developing regions of the world. This means that the average level of education in many poor countries today is the same as the levels of education in places like Europe and North America were in 1900.

Ninety percent of primary school-aged children are enrolled in school around the world – that success should not go unnoticed or without applause. At the end of World War II, only 1 million children attended primary school. In 65 years, this has increased to 7 million. This “going to scale” of education across the world is incredible. The next step, however, is catching the developing world up to the education levels the developed world enjoys today.

How did it get behind in the first place? The idea of mass schooling is available to all young people and not only those with the resources to access it became a mainstream idea in the middle of the 1800s in areas like North America and Europe. Only in 1948, almost 100 years later, with the Universal Declaration of Human Rights did this become a concept applied to children across the whole world.

Even with the large enrollment number victory, if the data is broken down in specific regions, the picture is not as pretty. In Sub-Saharan Africa, less than 80 percent of school-aged children attend school.

It is imperative that this gap is reduced and eventually banished for good. Besides the idea that morally all children deserve the opportunity to develop in order to thrive in the modern age, there are a couple of other reasons why action should be taken immediately. First, ending the 100-year gap holds the possibility for reform and improved global education. New ways of thinking about education in the developing world have the potential to be helpful to education systems in the developed world and benefit all young people.

Second, there is a skills deficit that has already started – between 2010 and 2030, 360 million people over the age of 55 will retire. At the same time, a 60 percent increase in the global labor force will come from places like Africa, India and other South Asian countries, all places in the developing world. These young people should not be affected by the global education gap, so they can seize their place in the world economy left by the well-educated retirees that came before them. If nothing is done, the 100-year gap will continue into eternity. Changes must be made to ensure this does not happen, for the sake of the world’s children and perhaps the world’s economy as well.