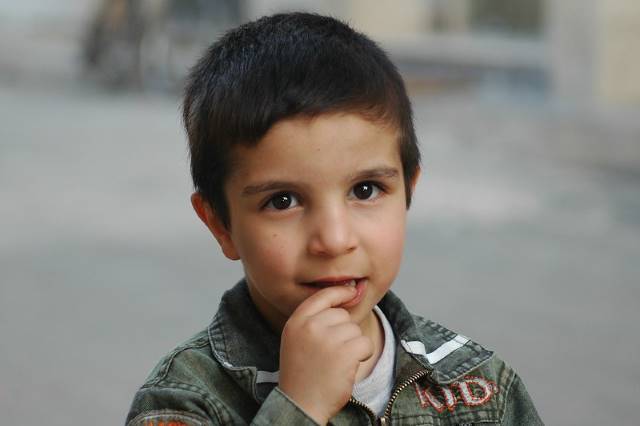 When Alfin Nur was 11 years old, he lost his mother, father and one of his siblings in the 2004 Indian Ocean tsunami. Two years later, the GiveLight Foundation found Alfin and began to invest in his life. He studied at a boarding school in Banda Aceh, Indonesia, which GiveLight fully sponsored, while also providing him with love and emotional support. In 2015, he graduated from Al-Azhar University in Cairo.

GiveLight Foundation is a nonprofit organization that provides orphans with stability so that they can rise out of the cycle of poverty. Its mission is to build quality homes for these children and support them in receiving proper education that will serve them long-term. It emphasizes raising children in a loving and supportive environment and providing a sense of belonging.

“GiveLight Foundation is one big home for all orphans,” described Fatima Jaber, the founder of the GiveLight Baltimore Chapter, in an interview with The Borgen Project.

The same disaster that destroyed Nur’s family, hit and devastated the hometown of Dian Alyan, in Aceh, Indonesia. The tsunami killed a quarter of a million people overall, leaving many orphans. Alyan decided to build an orphanage called Noordeen Orphanage. A year later, with the help of friends, family and generous donors, the orphanage was housing 50 orphans. Through that, the GiveLight Foundation was founded.

It now has orphanages in many countries including Pakistan, Bangladesh, Indonesia, Morocco, Sri Lanka and Cambodia, providing a loving home for around 1000 children.

GiveLight provides opportunities for people to start “chapters” in their own city. The chapters focus on raising funds and sponsoring the orphans of GiveLight. Most of these chapters are located within the United States in cities like Chicago, Southern California, Seattle, Baltimore, New Jersey and Orlando. GiveLight is also beginning to focus on opening chapters internationally. Currently, there is one in South Africa, Paris and Toronto and there are efforts to open chapters in Istanbul, Sydney, Brussels and Dubai, UAE.

Jaber, the founder of the Baltimore Chapter, talked about how she opened up the chapter in Baltimore around three years ago. “I heard Dian Alyan’s story when I lived in California in 2012 and knew I wanted to be involved. After moving to Baltimore and meeting supportive friends and a generous community, I thought it would be great to start a chapter here.”

The Baltimore Chapter raises funds by hosting galas, game nights, scavenger hunts and walkathons. Soubia Balkhi, one of the other members of the Baltimore Chapter, told The Borgen Project in an interview that the last two galas had been very successful, with the team raising more than $10,000.

Because the cause is so broad, beforehand the team decides which GiveLight project the funds will contribute to. They typically like to focus on where the need is the most for that year. “For example, this year Bangladesh needs it the most and so the money from this year’s fundraiser will go to building an orphanage in Bangladesh,” said Balkhi.

The funds are then sent to the headquarters which has on-site representatives distribute the money specifically where it is needed.

Despite the limits due to COVID-19, the Baltimore Chapter continues to raise funds. Jaber discussed its latest event, taking place next month. “I’m excited to announce our next virtual scavenger hunt event! It is a fun and interactive social event where families can join, create teams and still follow all COVID-19 protocols.”

GiveLight is not a typical orphanage that solely provides children with a place to stay. It ensures that the orphans under its care are given a home and a proper life. The strategy that GiveLight uses allows the orphans to become self-sufficient through education, enabling them to be independent and to be able to give back. This is especially important considering that education is proven to positively contribute to reducing poverty.

Alfin Nur was not the only orphan who was able to graduate due to the opportunities that GiveLight provided for him. Rahmat Mico is now on his way to become a scientist and  Nursawami is a working mother who continuously gives back to GiveLight.

With more time, orphanages, chapters and supporters, GiveLight will be able to broaden its support in the qualitative manner that it has been doing since the very beginning.