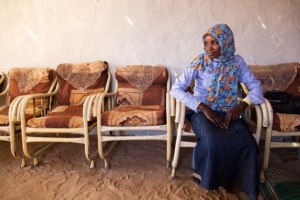 Girls Not Brides is an international nonprofit that works to end child marriage around the world. The organization is an initiative founded in 2011 by The Elders, a group of senior statesmen and human rights advocates brought together in 2007 by Nelson Mandela. Girls Not Brides has been working for over a decade to bring the issue of child marriage to the forefront of the government’s attention.

What is Child Marriage?

The term ‘child marriage’ refers to any formal or informal union between a child under the age of 18, and an adult or another child. According to the Girls Not Brides Atlas, the three countries with the highest rates of child marriage as of 2020 are Niger, Central African Republic and Chad. Currently, one in five girls worldwide are married before they are 18, which is a decrease from 10 years ago when one in four girls were victims of the practice. Despite this reduction, the practice still remains very prevalent in certain places. Child marriage can be the result of grave gender inequality, as the frequency of the tradition amongst boys is one sixth of that amongst girls.

Child marriage is also largely driven by poverty, as girls can pose as financial burdens to their families and are married to help relieve fiscal pressure. Girls believe that marriage is the key to securing their futures and sometimes drop out of school before they receive secondary education and begin their lives as wives. In some communities, marriage at a younger age can mean a lower expense. It is customary in different cultures for the girl’s family to ask for money in exchange for their daughter’s hand in marriage. Younger brides tend to go for higher rates, which serves as an incentive for impoverished families to sell their daughters as soon as they can.

The Dangers of Child Marriage

The practice of child marriage has devastating effects on the girls who fall victim. Girls married under the age of 15 are 50% more likely to suffer from domestic violence than those married at a later age. Child marriage can result in girls having sex before they are emotionally and physically ready and is a key driver of adolescent pregnancy, which carries its own health risks. When a girl enters a marriage, she is usually expected to drop out of school and tend to the home and eventually, the children.

If and when girls are ready to return to school, they are faced with barriers such as household responsibilities and a lack of educational and social preparation. In fact, school closures due to the pandemic have exposed 10 million more girls to child marriage as isolation and rising financial instability have driven families to turn to child marriage in order to cope with the economic challenges that came with COVID-19.

How Girls Not Brides is Working to End Child Marriage

Girls Not Brides is working to end child marriage in a multitude of ways. Not only does it work to prevent child marriage, but it also amplifies the voices of current and potential victims. Girls Not Brides strives to bring awareness to the problem by encouraging informed discussions about the topic on local, national, and international levels. As of 2020, Girls Not Brides is made up of more than 1,500 members from 104 countries around the world and has advocated across multiple platforms and top-tier media outlets.

Girls Not Brides offers in-person and online workshops in order to enlighten people on child marriage and educate them in ways they can help. It also mobilizes various political and financial supporters to help further its cause.

The nonprofit comprises of 1,400 civil society organizations around the world and works with a range of stakeholders and partners to ensure that its message is being heard. Girls Not Brides is working to end child marriage so that girls everywhere can grow up to reach their full potential, and is bringing light to an issue that is often overlooked but extremely important.