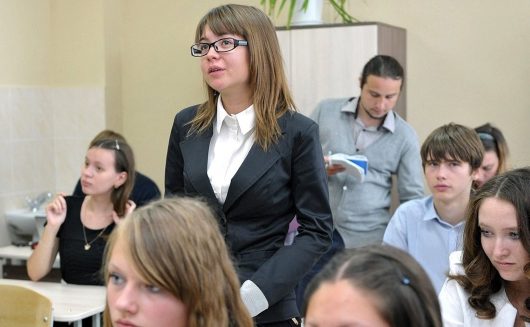 What Hinders Girls’ Education in Russia

Girls’ education in Russia tends to be a competition. The payment for higher education is often too much for families, and while scholarships exist and can help the child through school, it is usually not enough.

The challenge of even attending school can come as early as kindergarten. The government’s policy tends to lead to a significant shortage of kindergarten classes. This leads to a difficult decision for families on whether to send their child to kindergarten and may even persuade them not to have children at all.

Women are more motivated to save money to attend higher education than men, with 20.7 percent of women saving money for school compared to only 14.6 percent of men. The men who save usually do so in order to escape military service.

Education for girls, however, mostly happened in the home. They were taught about their duties as wives and mothers rather than learning about math and science. Russian Deputy Prime Minister Olga Golodets explained there might be a natural reason for this. “Women usually have to combine professional duties with household responsibilities and raising children,” Golodets said.

This mindset affects the kind of jobs women are expected to have. It is thought that education positions are for females because they are, or will become, mothers and teaching does not require much physical effort. Along with this, women are often found in lower positions, with men being in charge and holding manager positions.

While more women attend higher education than men in Russia, women’s salaries are still lower than a majority of men’s. Along with this, women are often pushed into only one area of employment and not into managerial positions. While girls’ education in Russia seems better than most countries, women still face issues and discrimination.