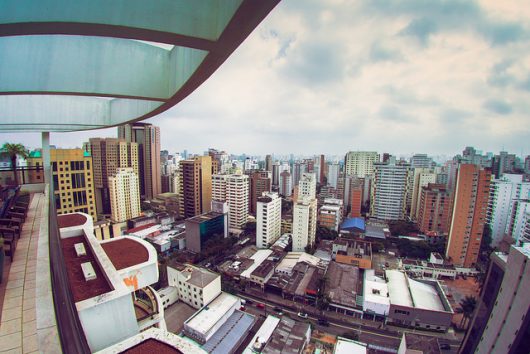 According to a report issued by the World Bank, economic development in Brazil has lifted some 29 million people out of poverty between 2003 and 2014. The level of inequality declined significantly, with the Gini coefficient (the statistical measure of distribution often used to chart wealth inequality) falling by 6.6 percentage points in the same period, from 58.1 down to 51.5.

Moreover, the poorest 40 percent of the population experienced a massive rise (an average of 7.1 percent between 2003 and 2014) in income while the whole population enjoyed a 4.4 percent income growth.

A Variety of Programs Focus on Economic Development in Brazil

Most of the credit for such economic development in Brazil goes to a massive initiative, namely a global center for poverty reduction called Mundo Sem Pobreza (World Without Poverty), which has effectively become a place where ideas and anti-poverty programs are translated into reality for the benefit of the most disadvantaged citizens.

One of the most prominent of such programs is called Bolsa Familia. In its decade of implementation, this program, which consists of a conditional cash transfer program through which parents receive a fixed monthly stipend of about $30 in exchange for sending their children to school and complying with different health checkups, has managed to reduce poverty by half in Brazil (from 9.7 percent to 4.3 percent), aiding some 50 million low-income Brazilians.

This program has been paired with others, such as Brasil Sem Miseria, which was designed to help millions of Brazilians escape extreme poverty, while the Brazilian government has taken very seriously cogent issues such as expanded access to education and reducing income inequality.

Brazilian Government Both a Help and a Hindrance

However, what has really lent a helping hand to the overall betterment of Brazil’s social and economic conditions was a combination of public policy (expansion of access to education and government transfers to the poor) and favorable market factors (rising wages for low-skilled workers), both of which have led to substantial declines in inequality in Brazil.

Despite the laudable results achieved through social programs and economic development in Brazil, the rate of reduction of poverty and inequality appears to have stagnated since 2015. Political instability and a problematic recession have kept Brazil in an economic stalemate.

Indeed, less than 15 percent of expenditures in Brazil are at the discretion of the political realm. Most public spending is rigidly determined by constitutional regulations and cannot legally be reduced.

Thus, constant attention to keeping the markets open and efficient alongside a careful administration of public finances are key to getting Brazil back on track towards economic development and poverty reduction.