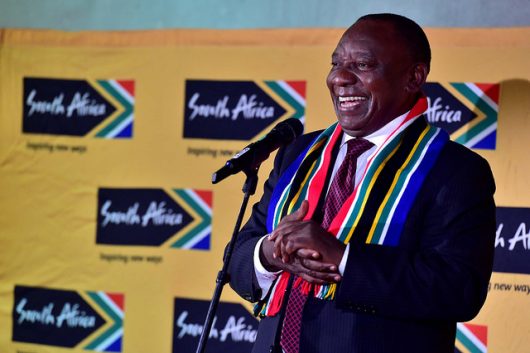 South Africa‘s business landscape can be challenging. Many businesses have become successful nationally as well as internationally in some cases, but it can be difficult for new businesses to get off the ground. These are a few of the difficulties faced by businesses in South Africa as well as some opportunities to overcome.

The large number of skilled workers leaving South Africa for other countries has led to the term “brain drain.” The Global Innovation Index estimates that South Africa has lost 5 percent of its researchers and entrepreneurs to other countries, which has taken away up to 20 percent of innovative production. By September 2015, 47,000 skilled South Africans had left the country, with 70 percent happy with their choice. This brain drain has led researchers to wonder why so many citizens are leaving and how to increase enthusiasm for staying in South Africa.

The Challenges of Owning a Business

Part of the challenge for entrepreneurs is simply the time required to open a business in South Africa, which hurts small businesses that cannot afford to wait. The main positive of opening a business is that the rules seem to be followed and there is a clear path to take. However, the time involved is lengthy. Construction permits can take up to 127 days to complete, but getting electricity for a building can take up to 226 days. It is estimated that it takes an average business owner 200 hours a year to complete their taxes. If someone breaks a contract, it may not be worth the time to try to recover the costs, because it takes an average of 500 days for cases like these to go through the court system.

Many Changes in the Last 25 Years

Other difficulties for many South Africans may be systemic ones. South Africa has seen a lot of change in the last 25 years in overcoming the aftermath of South Africa’s apartheid system. Like most major system changes, there are improvements and also growing pains. Many neighborhoods in South Africa still reflect separations in races and ethnic groups, which dates back to when this was required by apartheid law. In addition, there is still a significant wage gap between black and white citizens, with white citizens earning more.

However, improvements such as the murder rate being halved, access to better housing and the growing availability of electricity (50.9 percent in 1994 to 85.3 percent in 2012) show the country is invested in a better future. While these changes and challenges do not directly relate to businesses in South Africa, they illustrate the environment businesses are operating in. More than ever, it is clear that businesses are needed to help with some of these issues, particularly with the unemployment rate, which is at 26.7 percent, higher than it was in 1994, but lower than when it hit its peak of 31.2 percent in 2004.

There are still challenges facing businesses in South Africa and a large number of citizens are finding opportunities elsewhere, but there are those that have stayed and been successful. When South African entrepreneurs were asked what lessons they learned, they cited the importance of building a loyal consumer base, a willingness to be gutsy and a readiness to try new things.

Some successful entrepreneurs that have changed the face of South Africa are Pam Golding, who founded Pam Golding Properties in 1976 as an estate agency, but has since moved into the luxury residential space. Or Richard Maponya, who started successful businesses involving retail and property despite apartheid laws and recently helped open Maponya Mall. Or Adrian Gore, who founded Discovery Health, which has had such a huge impact on health insurance that many other companies are duplicating his model.

While not all of South Africa’s challenges will be cured through business, developing a healthy business base will create more opportunities for citizens, increase employment opportunities and help fill in other voids, such as infrastructure or bridging gaps between groups of people. All of this together will help to create a healthy work and business environment, consequently reducing the brain drain in South Africa.