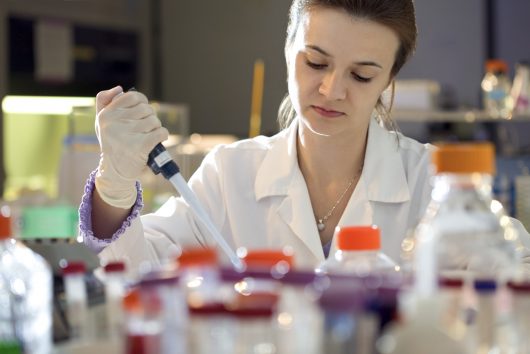 According to the Gates Foundation, malaria continues to be a major health concern in almost 100 countries, infecting 207 million people and killing 627,000 individuals in 2012 alone. Despite an increase in malaria funding over the past several years, challenges remain in completely eradicating this disease.

However, fighting malaria is one of the Foundation’s main missions and the organization has contributed $2 billion to the cause to date. Notably, the Gates Foundation launched a multi-year strategy known as Accelerate to Zero in 2013 that focuses on making new partnerships for more efficient, affordable drugs.

In addition, this past April, the organization offered the biotechnology innovations firm Amyris an additional $5 million, in the form of a stock buyback, for its malaria research project.

Amyris is a biotechnology innovation firm whose partnership with the Gates Foundation spans roughly ten years. Replacing the relatively expensive and time-consuming method of directly extracting artemisinin from the Chinese Sweet Wormwood plant, Amyris created a new strain of Baker’s yeast microbes that produce artemisinic acid. According to the firm, the result is a “precursor of artemisinin, an effective anti-malarial drug.”

With malaria research grants from the Gates Foundation and partnership with the Institute for OneWorld Health and the University of California, Berkley, the organization has since distributed the microbes to Sanofi for mass manufacture.

In 2015, the company was awarded the United Nations Global Citizen Award for this continued effort to meet the Millennium Development Goals.

This year’s renewed grant will ensure the application of this technology and the actual reduced cost of malaria medicine.

According to John Melo, the CEO of Amyris, the firm’s goal is the complete eradication of malaria through low-cost and sustainable cures. He further stressed the importance of future cooperation between private and public sectors in battling other epidemics.