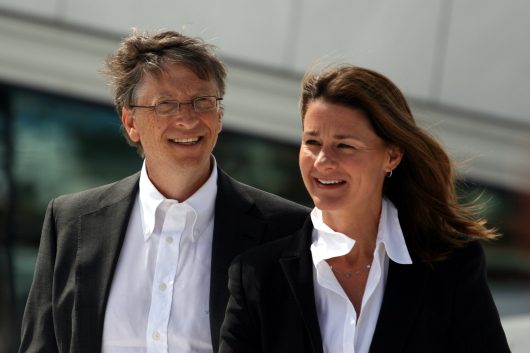 On February 22, The Bill and Melinda Gates Foundation published its eighth annual letter, detailing global concerns and presenting goals for the foundation.

Letters from previous years have included a variety of specific goals in the organization’s mission statement, ranging from disease prevention, economic improvement and resource distribution in developing countries. This year, the philanthropic duo is tackling two particularly salient topics: energy and time.

The annual letter’s structure is hinged on a conversation that took place at a high school in Kentucky. The students asked the co-founders: if you could have one superpower, what would it be?

Bill’s answer, “more energy,” falls in line with his decades-long work on climate change and clean energy solutions. In addition to elaborating upon his climate talk-spurred partnership, Breakthrough Energy Coalition, Bill highlights flaws and misconceptions about the world’s current carbon output data and the need for a zero greenhouse gas emissions by the end of the century.

Piggybacking on a year of climate talks, international partnerships and private investments from big donors, the call falls upon open ears. The call is also directed towards the world’s youth.

His More Energy portion of the annual letter pleads for a multi-generational solution, rightfully acknowledging that the gears continue turning well into future years. He aligns with The Power Dialogue, a student-to-state forum held between student representatives and national leaders.

The event, which is sponsored by the Bard Center for Environmental Policy, took place on April 4, 2016, under the implementation of President Obama’s Clean Power Plan.

She evaluates the theory of opportunity cost and underscores the issue of extreme gender inequality within poorer countries. “[What are] the other things women could be doing if they didn’t spend so much time on mundane tasks[?]” she speculates.

Her letter also foreshadows the focus of pop-culture front runners who, on March 7, signed an open letter to world leaders calling for the right to education, health and equal opportunity for women around the world.

Over 80 signatures, including comedians Tina Fey and Amy Poehler and prominent figures such as Sir Elton John and Oprah Winfrey, underline Melinda’s scrutiny of women’s participation in unpaid work, and the extreme gender gaps at home and abroad. “Once we see a norm,” she writes, “we can replace them with something better.”

Bill and Melinda Gates, through the work of their foundation, governmental and private partnerships, continue to push the conversation forward toward a generation of world improvers. And their annual letter proves: you don’t need a super suit to do it.