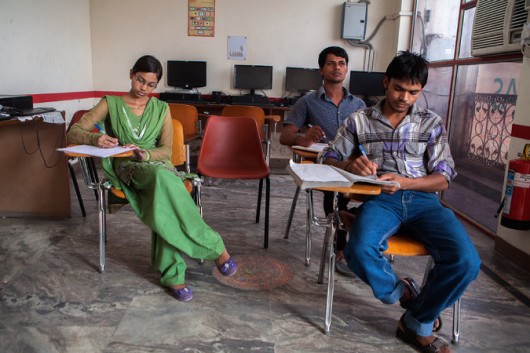 On Mar. 28, 2016, figures for the New Delhi, India budget were released. They showed an increase in attention to education standards. According to the Times of India, the 2015 plan allocated 24 percent and emphasized attention to classroom infrastructure and model resources. This year, 2016, that number has increased to 25 percent, with a focus on quality education and teacher training programs.

Prioritizing the Quality of Education

Presented by the Aam Aadmi Party (AAP) government, the annual budget of Rs 46,600 will extract 95 percent of its expenses from its own resources and five percent from the central government. These figures are according to Delhi Finance Minister and Deputy Chief Minister Manish Sisodia. Other notable allowances in the plan are housing and urban development, public transportation, road infrastructure, and women’s safety and empowerment projects.

That the education standard tops the list, however, says much about the district’s plans and India’s promising development as a whole. On Mar. 31, Prime Minister Narendra Modi announced a restructuring of India’s national education system. The policy will shift from access to education to educational quality. The World Bank ranked the country’s gross enrollment ratio (GER) at a rate of 114 percent in 2012.

The prime minister also announced the introduction of 800 vocational schools. These will be specified secondary school training that provide students with tools to compete in a competitive global market.

Help from Outside Organizations

There are disparities between school attendance, literacy rates, and adequate educational infrastructure within rural and non-rural schools. The improved education standards will seek to improve these disparities the most. The India Education Fund (IEF) is a U.S. based foundation with the mission for providing high standard education to millions of Indian children trapped in the cycle of multi-generation poverty due to lack of privilege and marginalization. The organization is an example of an international group founded with the mission of education equality in India.

With the help of outside organizations, the provision of scholarships and resources to those unable to utilize public education, and the improvements of quality and accountability from within, the Indian government hopes to address the needs of its next generation of learners.

Delhi’s budget increase in public education serves as a microcosm of India’s focus as a nation. With increased enrollment, gender diverse classrooms and educational accessibility in poorer areas, the country has made significant progress as an emerging player in the international stage. Data released from the Brookings institute demonstrate direct correlation between higher education standards, clean water, functioning toilets and improved quality of life.