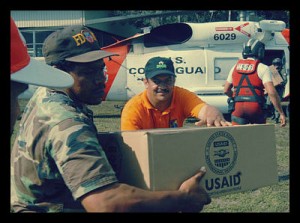 Amid the debate as to whether or not foreign aid helps or hinders developing countries, World Bank Director of Economic Policy and Poverty Reduction Programs for Africa Marcelo Giugale believes that the tables are turning. While the number of people in poverty and countries in need of financial assistance gradually falls, the need for foreign aid will remain a constant. However, the players will change as well as the type of aid needed.

Currently, foreign aid is criticized for many reasons. Corruption, insensitivity and imposition to local markets and businesses, and a growing sense of “aid-dependency” in recipient countries are just a few of the concerns. While the list is long, Giugale believes that the role of foreign aid and a country’s dependence on the monetary assistance is diminishing. He says that the future of foreign aid will become a search for knowledge instead of cash. To reiterate this point, he cites past aid recipients turned donors such as China, India and Brazil and their roles in assisting Africa.

As donor countries begin to regard foreign aid more as investment and partnership, they begin to export goods and assist in building a sound infrastructure rather than imposing a certain way of life or thinking. As developing countries are embracing the income and value of their own natural resources in an economy where oil, gas and minerals generate revenue, the assistance turns to a need of knowledge.

Giugale believes that developing countries already know how to build schools and can pay the teachers that work in them. The aid that supports these developments may diminish in the future. However, the aid that developing countries might seek in the future includes solutions to problems that the government cannot solve alone. In the future of foreign aid, a donor country may lend assistance through experience in improving educational curriculum, health insurance systems, or regulating private suppliers of infrastructure.