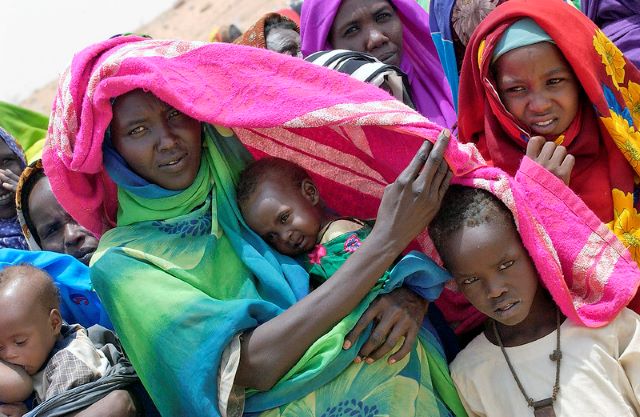 A fractured economy, political protests and the transition to a democratic country are factors that have put Sudan in the global spotlight. Due to shortages within the country and the added weight of COVID-19, Sudan is on track to receive much-needed financial aid from several global sources. Foreign aid to Sudan will provide direct relief to the impoverished people in the country.

In February 2020, Sudan’s ex-president, Omar al-Bashir was prosecuted and convicted for the mass murders of people in the region of Darfur. The declaration was made that the country would cooperate with the ICC (International Criminal Court) for the prosecution. This act could serve as a window of opportunity for improved foreign relations and a new international image. There have also been talks of peace agreements between Sudan and Israel. These issues have attracted a global audience as the world watches to see where things could potentially lead to.

One of the country’s most monumental feats was transitioning to democracy after many years of social discord and oppressive power. Unfortunately, this massive change also came with a damaged political system and an outstanding debt of nearly $60 billion. Necessities such as food and fuel have undergone an extreme rise in price at an 80% estimate and the introduction of COVID-19 could be the potential last straw for Sudan’s already overburdened economy. While Sudan’s army chief of staff, Lt. Gen. Abdal Fatteh al-Burhan, is a member of the Sovereign Council, the relationship between the country’s government and the military is rocky. The prime minister, Abdalla Hamdock, is desperately trying to avoid a potential military takeover and is calling for any available financial support from allies abroad.

Sudan’s call for help had reached many different listening ears. In a joint effort, the World Bank, the European Union and several other countries signed a deal of almost $190 million that would go directly to families in need through the Sudan Family Support Programme (SFSP). The amount of foreign aid to Sudan would equal out to 500 Sudanese pounds (roughly $9) per person, per month for one year and aims to cover the needs of nearly 80% of Sudan citizens. Prime minister Hamdock noted that while willing donors have given $1.8 billion to help, the country is really in need of $8 billion for a real balance to its economy. The distribution of the aid was set to begin in October 2020 and will eventually total $1.9 billion after two years.

With the degree of social and political change in Sudan, the country is certainly moving in a positive direction. Reinventing the country’s image and political structure is no easy feat. Sudan has proven that change is certainly possible, even in the most dire circumstances, especially with sufficient international backing and support. Foreign aid to Sudan gives the people of the country hope for a better future.