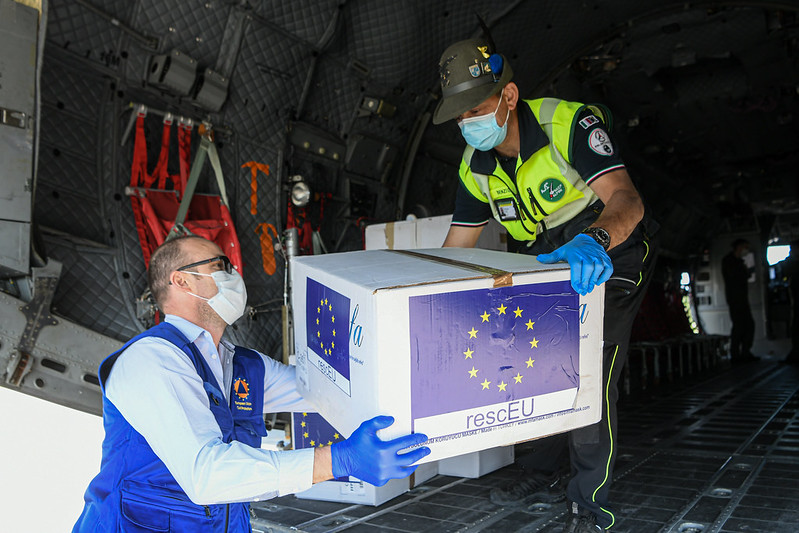 As the COVID-19 pandemic spread over the world, so did foreign aid in many forms. Countries were sending masks, money, equipment and even healthcare professionals. Despite suffering from the effects of the pandemic themselves, China, Taiwan and South Korea all contributed to providing 16 countries around the world, including in Europe and Asia.  Even the U.S. became among those who were aid recipients when a shipment of masks and equipment from Russia arrived in April 2020. Perhaps most notably, Italy received foreign assistance from the U.S., China, Cuba and Russia among other countries.

A common misconception regarding aid is that developed countries rarely benefit from foreign aid. Studies have shown that most Americans think the U.S. spends too much on foreign aid. Moreover, many aid opponents argue that aid is ineffective, costly and creates dependence.

Even Africans, who receive 20% of U.S. aid, have raised concerns about aid effectiveness. In 2002, Senegalese President, Abdoulaye Wade, said “I’ve never seen a country develop itself through aid or credit. Countries that have developed—in Europe, America, Japan, Asian countries like Taiwan, Korea and Singapore—have all believed in free markets. There is no mystery there. Africa took the wrong road after independence.”

The pandemic has shown that strong relations and aid are necessary for countries to overcome economic and healthcare challenges. Foreign aid has a complicated history, but many developed countries were recipients of aid in the past and still benefit from it in many ways.

Italy received around $240 billion in aid from the E.U. during the pandemic. If a similar aid package was given to Sub-Saharan Africa, it could provide primary healthcare to every African. If used to relieve food insecurity, $240 billion could end world hunger by 2030. That is not to say that foreign aid to developing countries should come at the expense of the recovery of developed countries. But contextualizing the funding helps demonstrate what foreign aid could do if distributed equally.

During the destruction of Notre Dame in Paris, France received $950 million in total from donations globally. The White House also pledged to help rebuild France, a year after announcing a reduction to the foreign aid budget. When it comes to aid, the question is not whether to provide it or not—it is about who to provide it to.

Contrary to popular belief, the developing world does not receive nearly enough aid. The average Sub-Saharan African country receives less than $1 billion in aid annually. Following the Ebola outbreak in 2013 – a crisis that is most notably remembered for U.S. involvement – the WHO received around $460 million to help affected West African countries. The World Bank estimated that the outbreak cost $2.2 billion for these countries.

As African and Latin American countries see their first huge waves of the COVID-19 pandemic, it is now crucial that the U.S. and other countries continue to increase their foreign aid budget to help these nations recover. In addition to the pandemic, most developing countries are dealing with food insecurity as well as continuing political and civil unrest. Although aid alone will not resolve all these issues, it can alleviate the impact of the crisis. By being aid recipients themselves, Western and European countries can understand the importance of foreign assistance and take the necessary steps to help those in need.