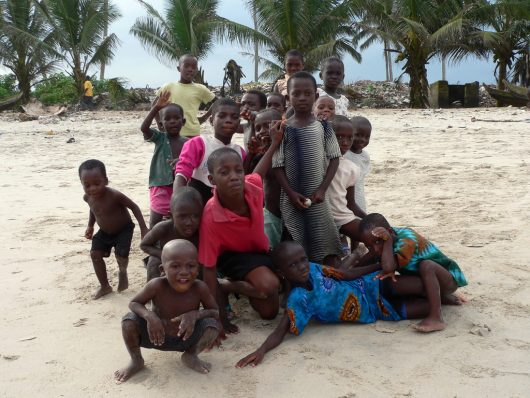 As the United States heads into its 2017 fiscal year, it plans to spend $4 billion less on foreign aid than it planned in 2016. Cuts like these may reflect growing fears that foreign aid is at best ineffective, or at worst detrimental. But when the money is funneled into smart investments — as is happening with aid in Ghana — it can benefit everyone, giver and receiver alike.

Foreign aid comes under frequent fire for its long-term effects on recipient countries. Opponents argue that it usually ends up lining the pockets of corrupt bureaucrats, and even when it gets to the people who need it, it depresses local economic development, increases dependency and perpetuates destitution. The standard argument is simple: if a wealthy country is distributing a good for free, local producers of that good cannot possibly compete. They succumb to falling prices and stop producing it. When there are no producers, consumers are forced to rely on foreign aid to obtain it, causing that aid to continue in a self-reinforcing, never-ending cycle.

But aid doesn’t have to be just a matter of giving handouts. Used smartly, foreign dollars can boost struggling economies and help build the infrastructure necessary for continued development. In Ghana, for example, USAID recently partnered with the Ghana Grains Council to carry out the sixth annual Pre-Harvest Agribusiness Forum, which aimed to “foster long-term business relationships, discussions, and the exchange of ideas in order to drive economic growth in Ghana’s agricultural sector.”

Many believe that USAID simply gives free food to the hungry, but the Agribusiness conference is one example of how the agency uses its money much more carefully than that implied. By providing a forum for participants in the agricultural industry to interact, network and share best practices, it is contributing to a more powerful, robust food market that will help decrease dependence on foreign funds. With programs like this, aid in Ghana will not always have to be a reality.

In addition, when poorer countries begin to flourish, the benefits are felt throughout the globe. Half of U.S. exports go to developing nations; more purchasing power in Ghana, therefore means more purchases from Americans. Beyond the trade benefits, economic stability can bring more political stability, so a strong economy in a volatile region can help to keep the area from descending into chaos. When all is said and done, aid in Ghana is good not just for Ghanaians, but for Americans as well.