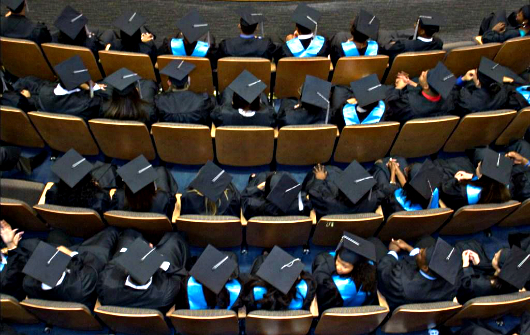 Between 2002 and 2013, developed nations invested an estimated $42.6 billion into the growth of higher education programs within developing countries. While this figure alone appears staggering in size, one must also consider the $1.6 trillion in total foreign aid these developed nations invested during the same time period. With investments in higher education responsible for only 2.7 percent of the international development budget, many are now questioning the causes of this disparity.

The United States itself invests approximately three percent of its total foreign aid budget into higher education, which is less than half of the other average contributions made by other donor countries. Many have questioned how a centrally developed nation has failed to deliver the necessary support for tertiary education programs in regions that would clearly benefit from such initiatives.

The roots of this problem may very well date back to the 1980s when the World Bank conducted a series of studies regarding the efficacy of educational programs.

The studies argued that financial investments within primary education programs resulted in double the amount of social capital for youth populations as opposed to investments within tertiary education programs. The findings also included suggestions that the benefits of a youth pursuing further education after secondary school proved substantially higher for the individual as opposed to their nation as a whole.

Conflicting with many of the beliefs about education adopted in the 1980s, numerous studies conducted in the past fifteen years have challenged many of the conclusions drawn by the World Bank studies.

The Organization for Economic Co-operation and Development (OECD) released a report in 2008, which instead argued that tertiary education is a vital asset to the global community as it encourages social and economic developments through the strengthening of a populations knowledge bases the creation of human capital and the application and dissemination of such knowledge.

A disparaging and growing cycle of educational failures within developing regions has also been found to be in part caused by a lack of growth within higher education. Researchers have argued that without access to strong higher education programs, the inability to train essential officials such as teachers, economic managers and political leaders, who are responsible for ensuring certain standards for the quality of education are reached, will continue to persist.

In recent years, many of the most highly motivated and qualified academic individuals within developing regions such as sub-Saharan Africa have emigrated to higher education facilities in the Western hemisphere. This mass exodus of the most talented minds has caused notable corrosion in the academic climates of universities in developing regions, facilities that are often overwrought with insufficient funding and corrupt governmental proceedings.

Government leaders of both developed and developing nations must cooperatively address the issue of increasing levels of funding for higher education programs within impoverished and underdeveloped regions. While the global community has demonstrated strong dedication in pursuing the achievement of Millennium Development Goal 2, attention must now be turned to the pursuit of universal higher education.

Ireland: Closer to International Development Aid Target The Power of Touch: A New Method to End Poverty
Scroll to top