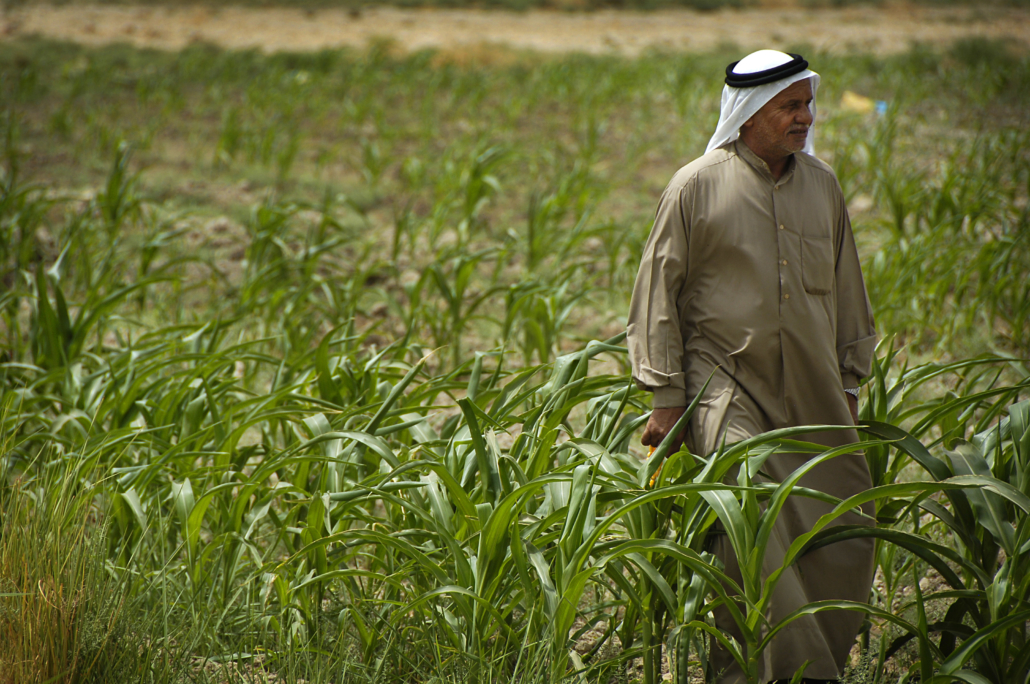 Decades of conflict in Iraq have effectively destroyed what was once the center of human civilization. Many view Iraq as a country very costly to the U.S.—another war from which the U.S. must recover. However, the international community’s job is not done. Today, millions of Iraqis are displaced and suffer from food insecurity, a problem that the government has struggled to control. This article will delve into the background of food insecurity in Iraq and what various groups are doing to combat it.

The oil industry accounts for 90% of Iraqi government revenue. The crash of oil prices caused a $40 billion deficit in the Iraqi budget, cutting this revenue in half. Iraq’s government has been unable to properly fund various institutions. Combined with a 66% rise in population since 2000, this has placed immense stress on the country’s food supply. Constant conflict and the corrupt management of resources have hindered any ability to keep up with this population boom. USAID labels just under one million Iraqis as food insecure. The World Food Program, however, estimates that this number is closer to two million.

While much focus is on obtaining aid from the international community, Iraq has not necessarily focused as much on reforming its own institutions governing agricultural industry networks. Iraq’s State-Owned Enterprises are involved in every step of food production, processing and distribution. The government attempts to distribute food products and support the industry through its bloated Public Distribution System (PDS), which in 2019 cost $1.43 billion, and its yearly $1.25 billion effort to buy wheat and barley from Iraqi farmers at double the international price. Despite these expensive programs, Iraq still ends up importing 50% of its food supply.

Inefficient growth, processing and distribution methods and a reliance on food imports place Iraq in a delicate position. They are susceptible to global food chain supply network failures and the threat of a budget collapse due to the crash of oil prices. Such an occurrence would likely cause the food system to implode without the current level of government intervention. These governance issues, on top of decades of conflict and displacement, have exacerbated food insecurity in Iraq.

The COVID-19 pandemic has exposed many of the aforementioned issues confronting the Iraqi food supply. Cases in Iraq have skyrocketed during May and June as Iraqis faced the decision of staying home without reliable state support and suffering from lack of income or holding onto their jobs and risking infection.

The pandemic has worsened the already pervasive levels of poverty and food insecurity. Inefficient state institutions and bureaucracy have combined with the pandemic to display the fragility of the Iraqi food supply. There have already been severe shocks in the global supply chain. For a government that relies on imports for 50% of its food supply, this pandemic could cause the crisis of food insecurity in Iraq to spiral. The Iraqi government has faced issues of governance for decades. The pandemic has only emphasized these issues while placing millions of Iraqis at further risk of conflict and disaster.

The stark problem of food insecurity in Iraq has caught the eye of many different aid organizations, both in the U.S. government and the intergovernmental level. USAID, the primary U.S. foreign aid organization, has spent years trying to help meet Iraqis’ basic humanitarian needs, especially in the face of seemingly endless conflict. USAID has provided almost $240 million in emergency food assistance to Iraqis since FY 2014. This money goes toward food vouchers, food baskets and cash for food, all under the coordination of the World Food Program (WFP), which the UN Food and Agriculture Organization (FAO) established with the UN General Assembly.

USAID has also supported WFP efforts to create an electronic distribution platform for Iraq’s PDS, which would allow Iraqis to update their locations, use biometrics for identification and improve overall access to food supplies. The WFP, in turn, supports 280,000 internally displaced Iraqis and 76,000 Syrian refugees in Iraq, providing monthly food support mainly through cash transfers. It also provides local, healthy food for over 324,000 schoolchildren in Iraq. The organization is currently looking to expand cash transfers and food access to over 35,000 refugees and 10,000 internally displaced people in response to the COVID-19 pandemic.

The FAO has worked with the WFP in Iraq by focusing on agricultural sustainability. To improve food security and Iraqi self-reliance, the FAO has supported livestock production through capital, seeds, fertilizer and resources to counter disease. It also uses “cash-for-work activities” to enhance local markets and support infrastructure in addition to its efforts to promote labor-saving technology to counteract food insecurity in Iraq.

Poor food access has been an issue for many years, but the pandemic is making the situation worse. Constant conflict and a lack of effective governance are both serious obstacles to creating a stable food environment for Iraqis, but there is a significant commitment from the international community to shore up Iraqi agricultural sustainability and provide support to individual Iraqis. While many are still in dire need of access to food, organizations like these provide hope for the fight against food insecurity in Iraq.