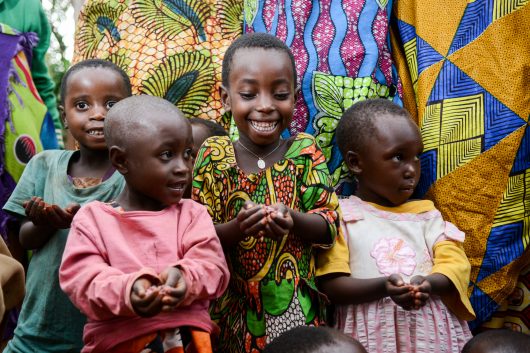 On March 14, the Food For Peace Modernization Act (H.R. 5276) was introduced on the House floor. Though this bill has not received much attention from the media, it is an important piece of legislation that could have a drastic impact on global food insecurity if passed.

The Food For Peace Modernization Act

The Food For Peace Modernization Act is a bipartisan bill introduced by Senator Bob Corker (R-TN) and Senator Chris Coons (D-DE) in an effort to reform the Food For Peace program, which was originally signed into law by President Eisenhower in 1954. The goal of the program is to deliver healthy food to people all over the world who suffer from malnutrition.

Since its creation, the Food For Peace program has provided aid to over 3 billion people and is widely considered a success; however, lawmakers now address that the effort hasn’t yet reached its full potential.

As it currently stands, the law requires that all food used for foreign assistance purposes has to be produced in the U.S. While this may sound like a good way to promote American farming, it is an extreme burden for the Food For Peace program. Due to the costs incurred by transporting all of the food overseas, only 30 percent of the program’s funds are spent on actual food.

The Food For Peace Modernization act seeks to change this aspect of the law. Instead of requiring 100 percent of food products to be made in the U.S., the revised version of the bill drops this number to just 25 percent. This would mean that the majority of food can be derived from within the countries the program is trying to assist.

Another part of the law the Food For Peace Modernization Act hopes to alter is the “monetization” system. Currently, NGOs are required to take food which was donated to them by the U.S., sell it in overseas markets, and use the profits to fund their food insecurity programs. However, this process often negatively affects the communities in which the food is sold because it forces local farmers to drive down their prices in order to compete. The new version of the bill (S. 2551) would eliminate this requirement.

Not only will these revisions allow more money to be spent on actually feeding the hungry, it may also boost the economies of the local food markets in impoverished countries and ultimately decrease their dependence on U.S. assistance — all at no extra cost to the American taxpayers.

Overall the hope is that, if passed, the bill will redirect the focus of the Food For Peace program to be on the people who need assistance, rather than the business ventures of U.S. corporations.