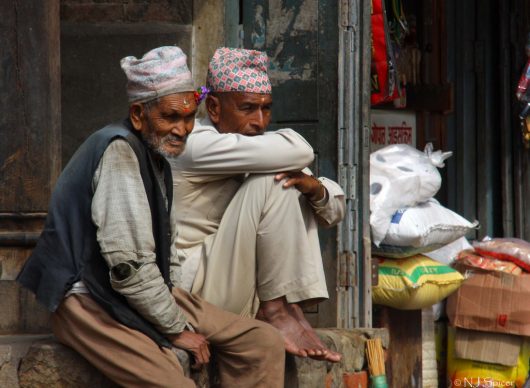 We all face stress and mental anguish; these emotions are experienced by both the rich and the poor. The only difference is the rich tend to possess the means for coping and addressing mental health disorders. People who experience mental illness often remain adrift in social stigma and thus excluded from revenue-generating incomes. This vicious cycle — Poverty -> Social Causation -> Mental Illness -> Social Drift — also excludes these people from access to healthcare.

How Does Stress Lead to Mental Disorders?

But biologically speaking, how exactly does stress lead to mental disorders? Constantly worrying over where to find food or a place to sleep results in a heightened production of stress hormones called cortisol.

The majority of this mental disorder is experienced in developing nations. These are the same nations with the widest gap of healthcare inequity, and the ones most unequipped to properly address physiological needs, let alone mental health disorders.

The Stress of Poverty

Many of the issues underlying depression — such as violence, unemployment, crime, inadequate housing, lack of education and poor sanitation — all stem from the stress of poverty.

Too much cortisol can lead to the loss of synaptic connections between brain cells, and fewer brain cells created in the hippocampus. This deficit will cause the brain to actually shrink in size, specifically in the prefrontal cortex — the region of the brain that allows for control of behaviors such as judgment and social interaction.

The Destigmatization of Mental Disorders

In Asian cultures, if a person is suffering from a mental disorder, his or her community will pretend like it never happened, since the impact is not outwardly apparent. However, just because it’s not outwardly apparent, that doesn’t mean ignoring the disorder will make it go away. The reason Asian communities cover up a sufferer’s condition largely stems from shame or embarrassment. There is also widespread belief that mental disorders are a divine punishment in retribution for a person’s past sins or crimes.

The 10-member nations of ASEAN have outlined their 2025 Socio-Cultural Blueprint that aims to raise mental health as one of the health priorities under the ASEAN Post 2015 Health Development Agenda for 2016-2020. This prioritization would mean integrating mental health into each of the national health systems, and coordinating between facilities, local organizations and NGOs for spreading awareness and empowerment.

The power of possessing a positive or negative outlook is more powerful than one might think; people with positive emotions can live longer and more fulfilling lives. Before we can harness the powers of emotions for improved physical health, we must first invest in better understanding and addressing mental health disorders. Once this is accomplished, we will then have made remarkable strides and come a long way from stigma and dehumanization.