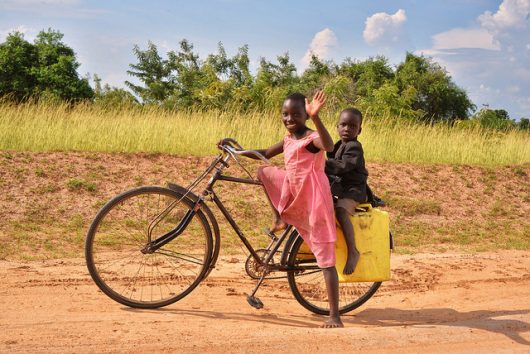 At least 1.3 million Ugandans face hunger following drought conditions and subsequent poor crop yields, according to a 2016 email statement from Christopher Kibazanga, Ugandan Minister of State for Agriculture. Among the harder hit were the citizens of the northeastern Karamoja region, with 65 percent of people having access to only half a meal or less per day.

Multiple nonprofits, however, have focused on eliminating Uganda food insecurity for decades and are still seeking long-term solutions to this crisis. Here are three nonprofit initiatives that are contributing to the fight against hunger in Uganda.

Hunger Project has been working in Uganda since 1999, and utilizes an aid distribution method they refer to as an “epicenter strategy.” This method involves establishing community-built and community-facilitated mobilization centers that bring together multiple villages to share resources and address issues that affect all communities involved.

Over an eight-year timeframe, an epicenter addresses hunger and poverty while allowing communities to become sustainable and self-reliant, with the goal of being able to fund programs and activities without investor involvement.

Hunger Project has established 11 epicenters that serve 494 villages in total, reaching 287,807 people in all.

World Food Programme (WFP) is working with the Ugandan government, partners in the United Nations and nongovernment organizations to turn emergency responses to food insecurity into longer-term investments that seek to solve the root of the problems.

WFP supports approximately 70 percent of refugees in Uganda through monthly rations, cooked meals at transit centers and nutrition support for pregnant and nursing women and children aged between six months and five years.

This nonprofit program also organizes the distribution of 284 school meals to students in Karamoja. The meals include locally produced cereals, in hopes of facilitating local commerce.

Since 2012, Feed the Children has provided health education to communities in northern Uganda. These services include school health programs that provide meals and vitamin supplements, as well as teaching teens about making good food choices, pregnancy and breastfeeding.

Feed the Children also promotes community malnutrition detection education to increase the number of children that can access quality and timely treatment. This initiative advocates family health planning as a realistic and sustainable method to minimize hunger in Uganda.