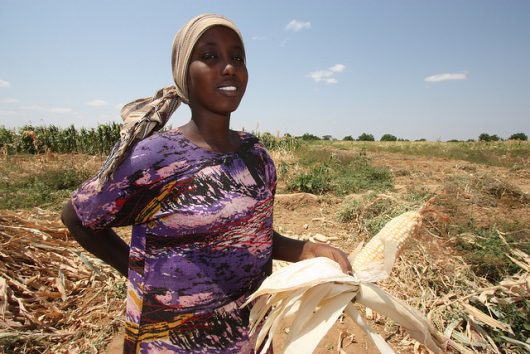 In 2017, five female Kenyan students created i-Cut, a female genital mutilation protection app that provides medical and legal assistance for girls who will or have gone through genital mutilation (FGM), a process where the outer part of the genitals are either partially or completely cut off.

The creators of the female genital mutilation app are Ivy Akinyi, Stacy Owino, Cynthia Otieno, Mascrine Atieno and Purity Achieng, who refer to themselves as the Restorers. According to CNN, Dorcas Adhiambo Owino was the girls’ mentor on the project.

The female genital mutilation protection app i-Cut, as explained in Ebony, has five options: “”help”, “rescue”, “report”, “information on FGM” and “donate and feedback”.” “Help” alerts the authorities when FGM is about to occur, and “Rescue” gives young women information about places to receive medical treatment after FGM. “Report” informs the authorities that an instance of FGM has occurred.

Although FGM is illegal in Kenya, it is still heavily practiced, with one in five girls experiencing it. According to Mashable, FGM is seen as a rite of passage in many communities, preparing young women for marriage and purportedly discouraging premarital sex. These traditions are commonly found in Africa, Asia and the Middle East.

Unfortunately, girls experience many challenges after FGM. According to Mashable, young girls are often unable to go to school, which prevents many of them from being employed. There is also a connection between girls who become young wives and mothers and FGM. Worse still, many girls die as a result of the process.

The creators of the female genital mutilation app have a personal connection with FGM: even though their tribe is opposed to the practice, a friend of theirs from school went through it. The friend, as they explained to Reuters, was intelligent, but dropped out of school after the procedure was done. The app is meant to combat situations like this.

i-Cut is currently one of the technological innovations competing for the Technovation Challenge award of $15,000, and is the only African country represented this year. “Sponsored by Google, Salesforce and Adobe, Technovation challenges girls aged 10-18 to create an app that solves problems faced by their communities,” according to CNN.

Regardless of whether or not they receive the prize, the young inventors of the female genital mutilation protection app are content that the app gives young girls a way “to decide their own destinies.”